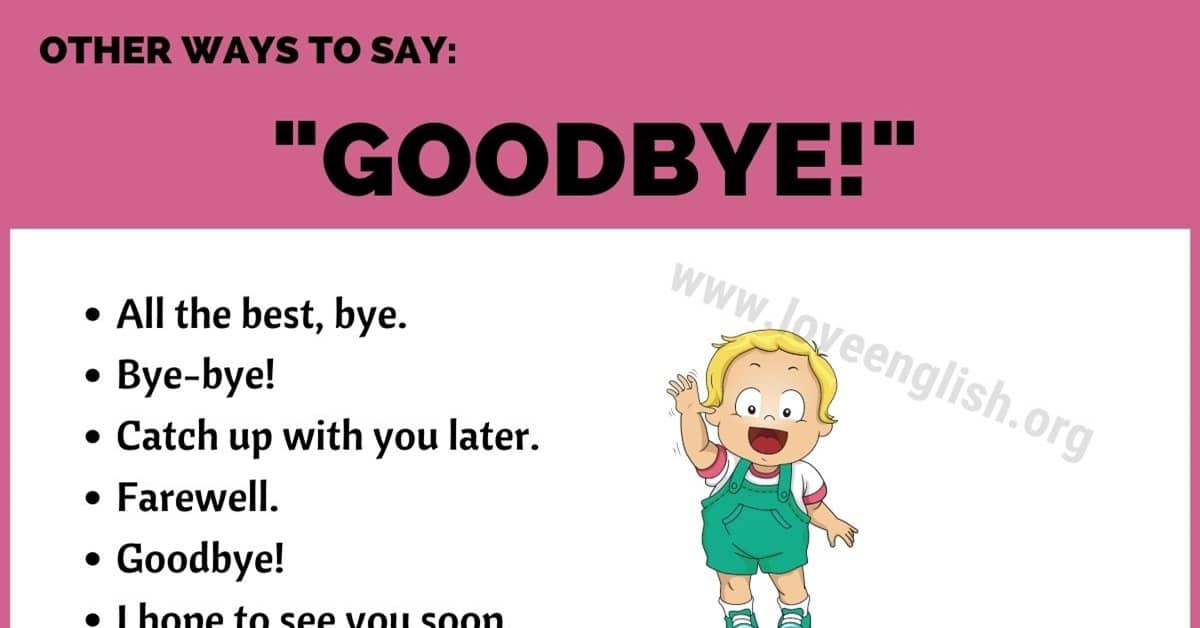 There are many different ways to say goodbye in English. Below are the most common goodbye synonyms you should learn. They will help you improve your conversation skills.

Other Ways to Say Goodbye 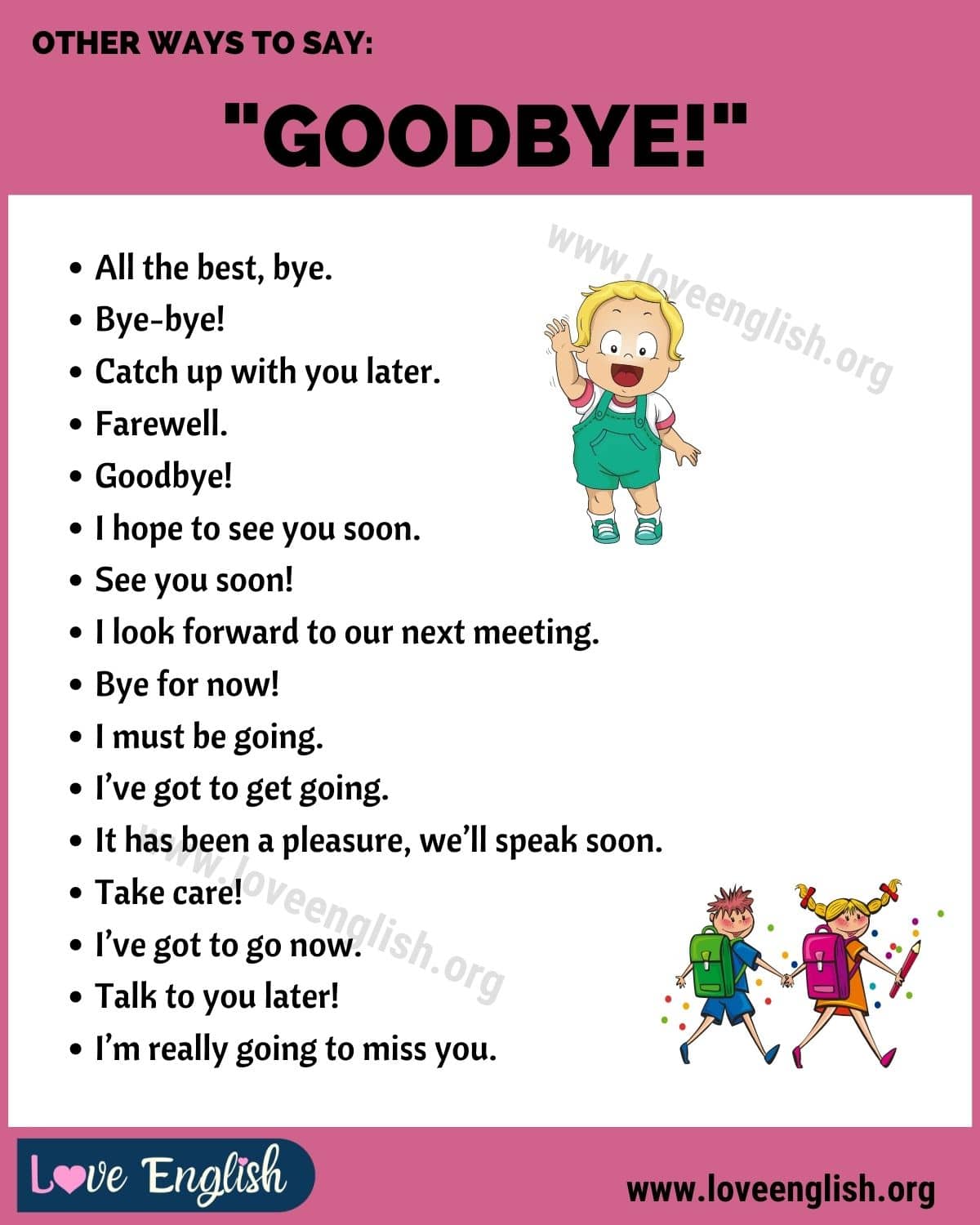