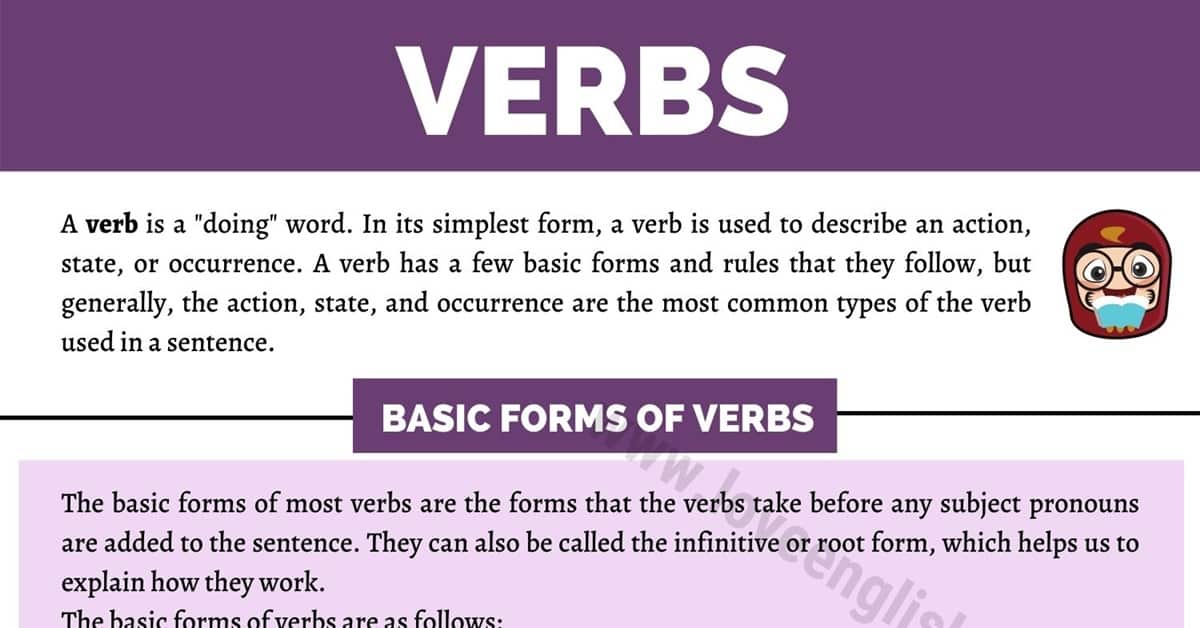 Words can be confusing sometimes, especially when you start considering the different subtypes they have. What makes a verb? What makes an adjective? These are all valid questions and we’ll be running you through what a verb actually is here to hopefully help you worry less about getting confused and trying to figure out which is which!

What Is a Verb?

A verb is a “doing” word. In its simplest form, a verb is used to describe an action, state, or occurrence. A verb has a few basic forms and rules that they follow, but generally, the action, state, and occurrence are the most common types of the verb used in a sentence.

The basic forms of most verbs are the forms that the verbs take before any subject pronouns are added to the sentence. They can also be called the infinitive or root form, which helps us to explain how they work.

It’s a good way to show you how a verb interacts with a sentence, as it gives you the base form of the word first and then you see how the sentence could change it.

The basic forms of verbs are as follows:

There are differences in certain verbs and their interactions in some forms compared to others. Verbs can either be known as regular verbs – which follow the rules as written above – or irregular verbs, which somewhat follow the rules but generally miss one or two of them.

Take the irregular verb “write” for example. The base form is “write” and the third person singular adds an -S to get “writes”. However, the past tense form isn’t “writed” like would be expected following the rules. Instead, you say “wrote”. Then the present tense follows the rules again and gives us “writing”, but it is still a little all over the place.

You’ll want to pay attention to these verbs that are deemed irregular, as they won’t always be the easiest ones to understand. Over time you’ll start to notice what word needs to replace it through the context of the sentence. A word like “writed” simply doesn’t sound right, so you’ll know that it’s wrong with the practice.

The most common form of verbs used in the English Language.

Verbs followed by further phrases that give more information, like “appear” or “be”.

There are three auxiliary verbs to note. “Be”, “do”, and “have”. They generally come before main verbs to start a sentence and indicate different things of importance.

Generally, verbs that have meanings connected with certainty and necessity, like “must” and “can”.

Below is a helpful list of verbs in the English language. 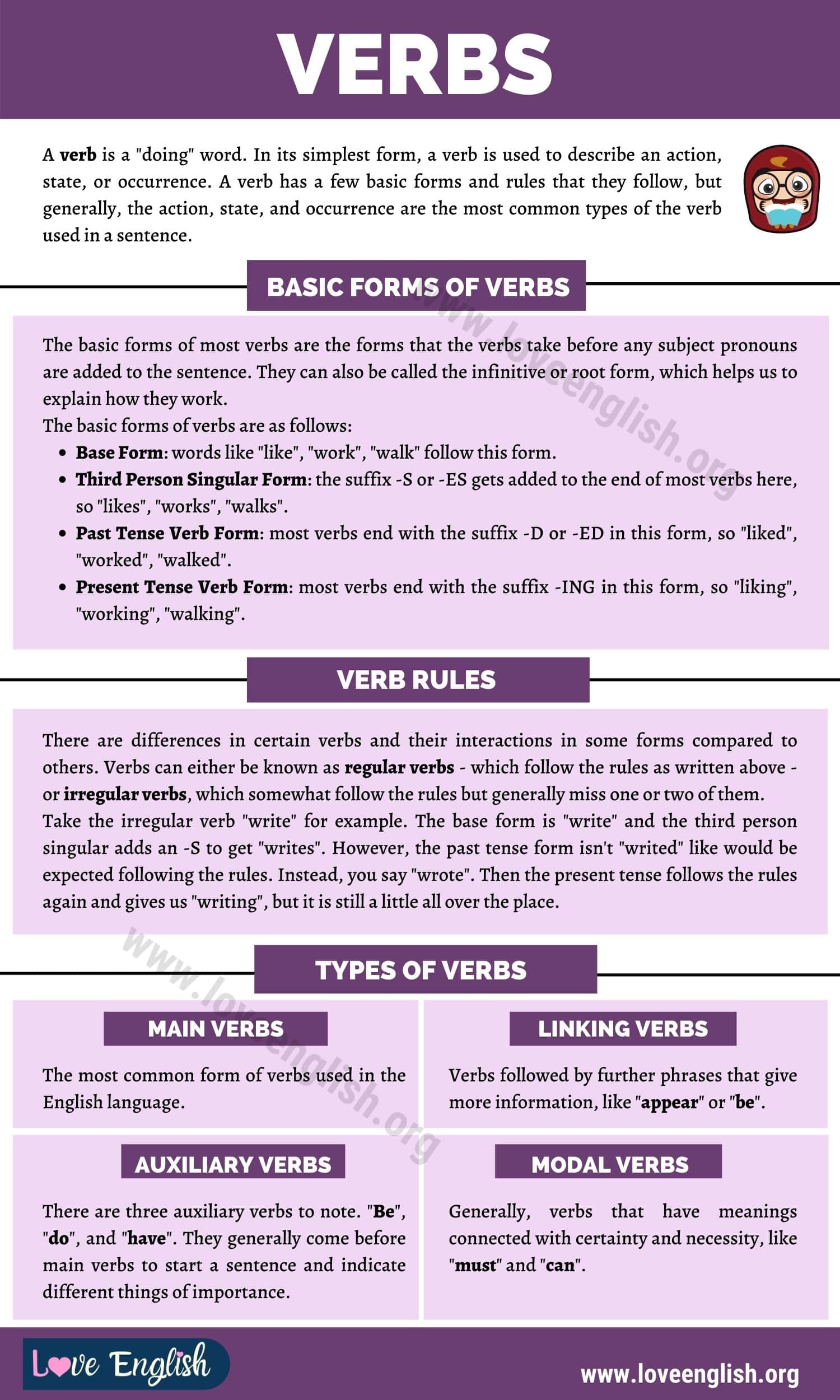