Home
Vocabulary
Visual Dictionary
Tundra Animals: 40 Animals You Can Find in the Tundra

Tundra animals!!! Tundra is a harsh environment in the world that only the toughest plants and animals can survive in. Here, we provide a wonderful list of animals that live in the tundra biomes in English.

Here is the list of the common names of animals you will find in the tundra. 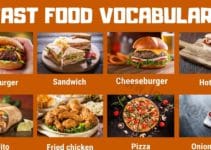