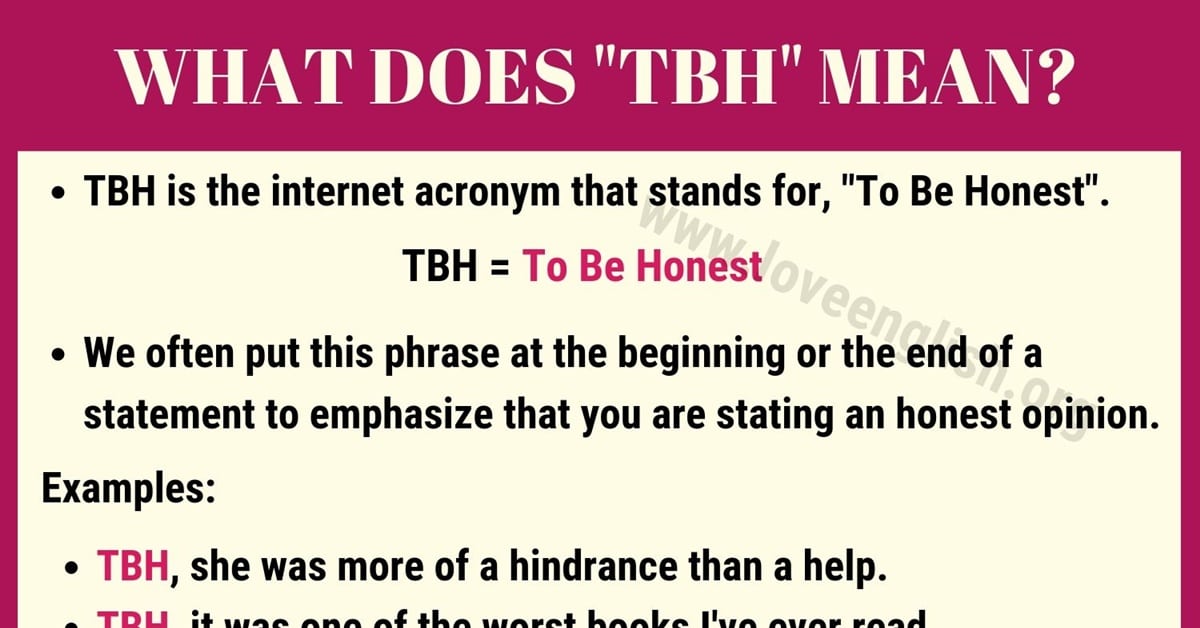 TBH Meaning!!! TBH is an acronym, abbreviation or slang word for the expression “To Be Honest”. This lesson will show the definition, examples, similar acronyms with ESL infographic.

What does TBH Mean and Stand for?

TBH is the internet acronym that stands for, “To Be Honest”.

TBH = To Be Honest

We often put this phrase at the beginning or at the end of a statement to emphasize that you are stating an honest opinion.

IMAHO: In my absolutely honest opinion

2BH: To be honest

TBBH: To be brutally honest

TBCH: To be completely honest

TBTH: To be totally honest

TBQH: To be quite honest

IMO: In My Opinion

TBCH: To be completely honest

TBPH: To be perfectly honest

There are other meanings of the acronym, not very common. They are:

What does TBH Mean? | Infographic 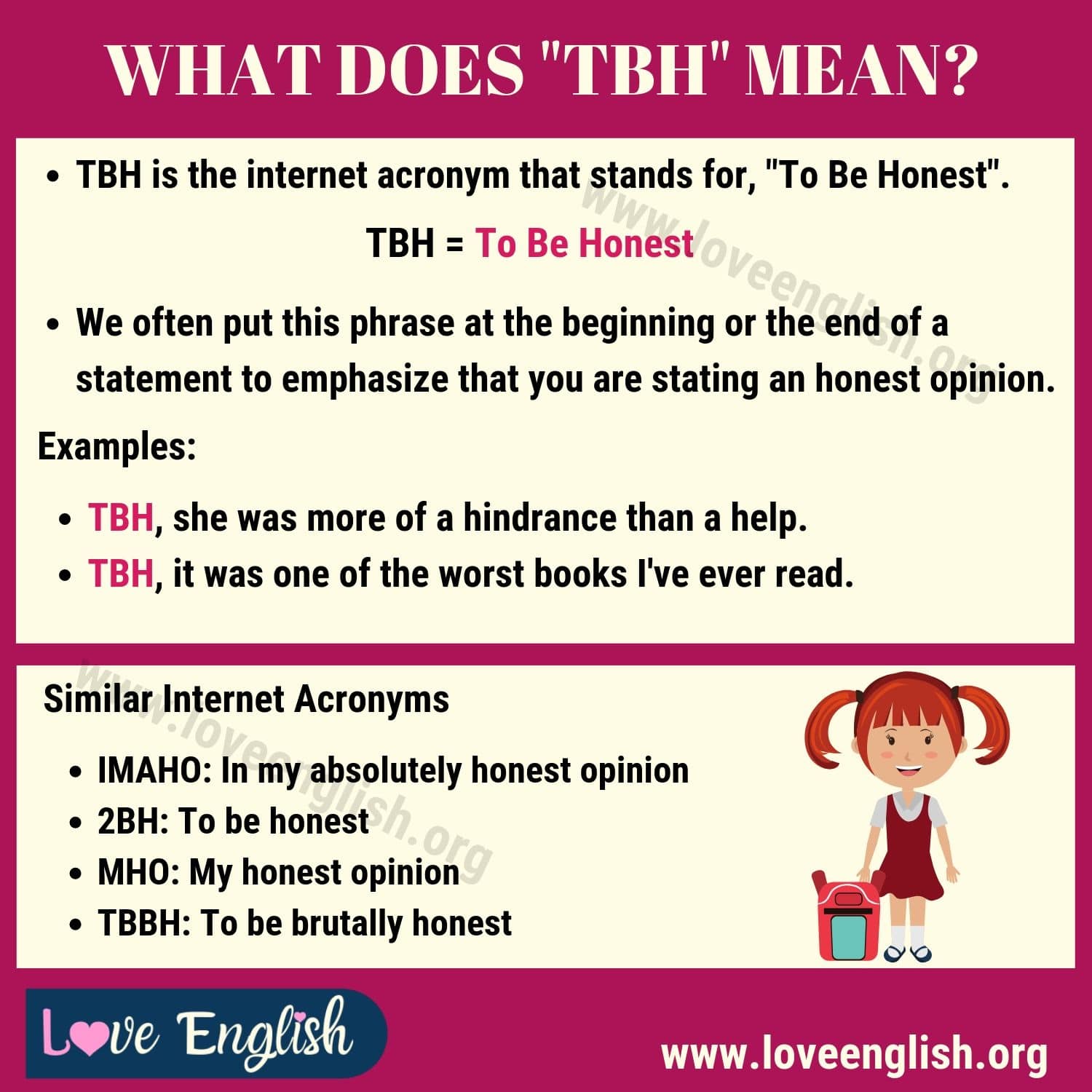