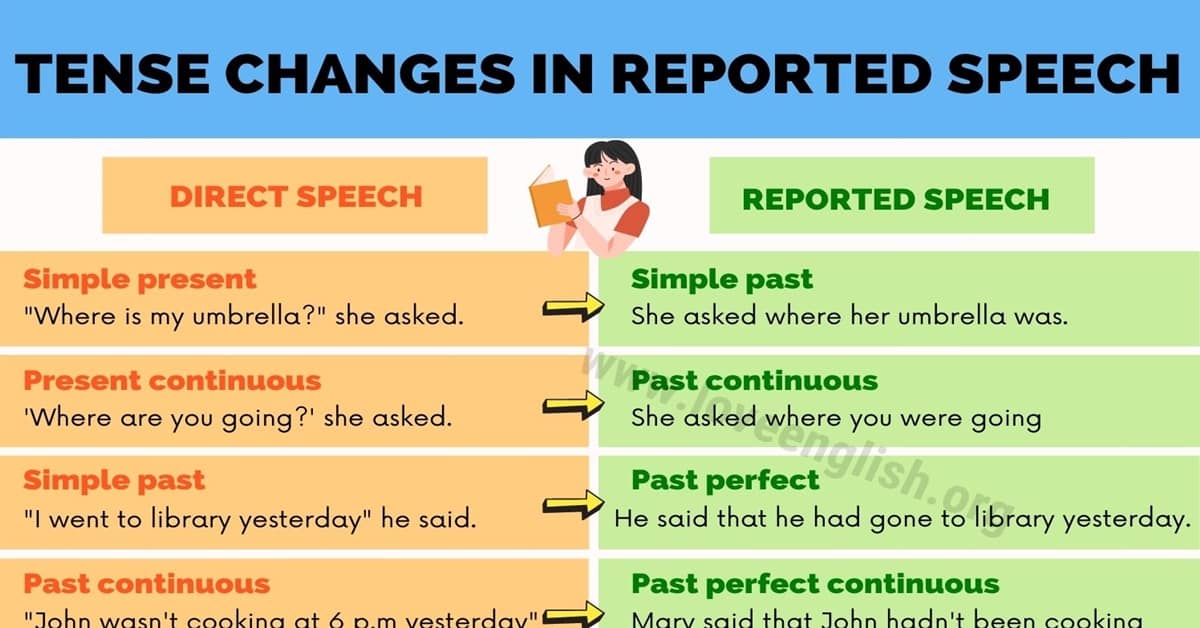 One of the most common mistakes when becoming familiar with this type of grammar is not knowing the difference between direct speech and reported speech and the changes related to these types of sentences.

The reported speech reproduces the words of another person by adapting certain temporal and local references of the original speech to the situation of the speaker, for example, personal pronouns, demonstratives, verb tenses, and adverbs of place or time.

It is characterized by introducing the message that is reproduced with a speaking verb followed by conjunctions that or if. The speaking verb reveals the intention of the speaker to convey what another person has said.

Both are the two different ways to transmit what someone has said. 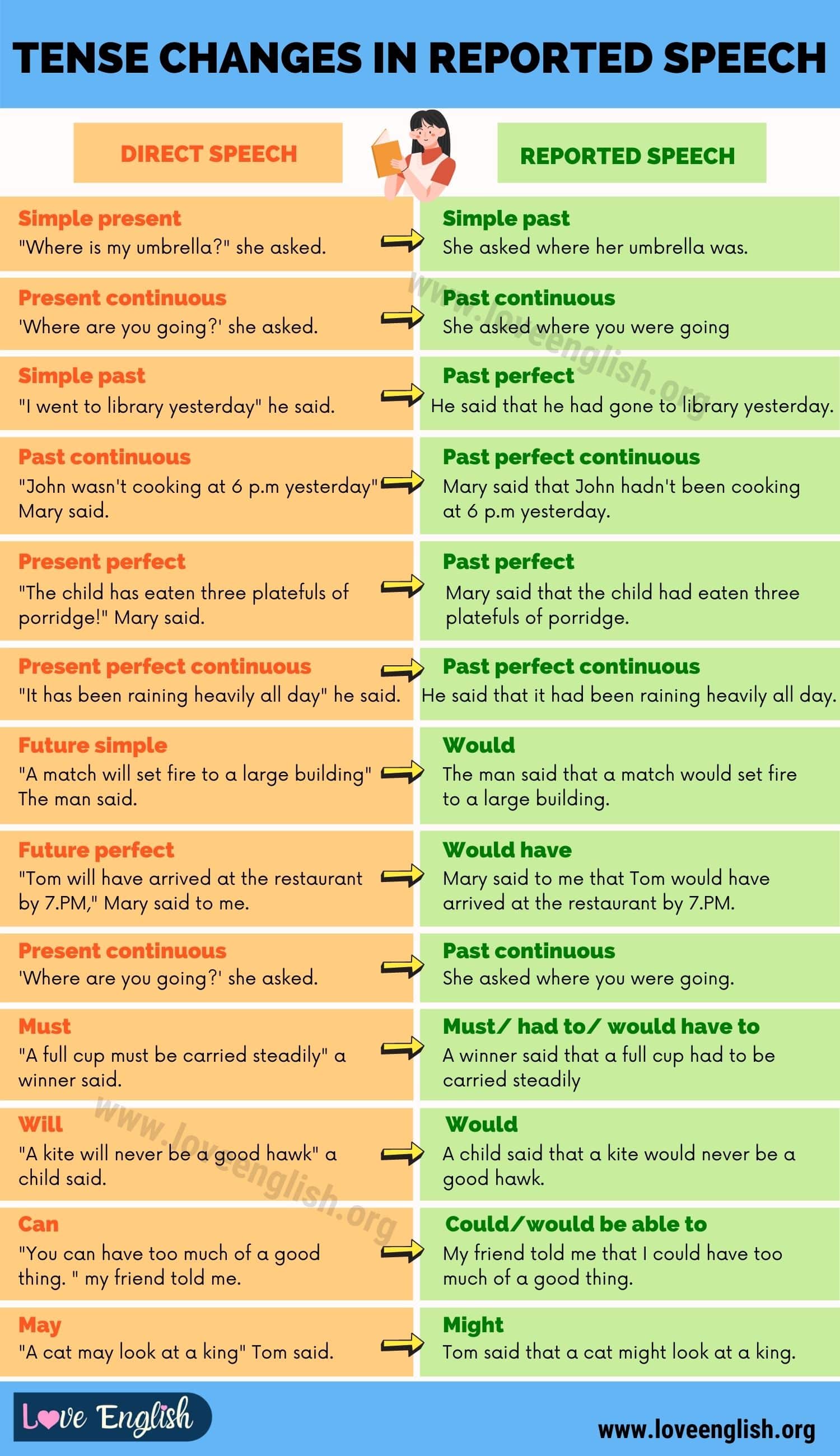 Other Changes in Reported Speech 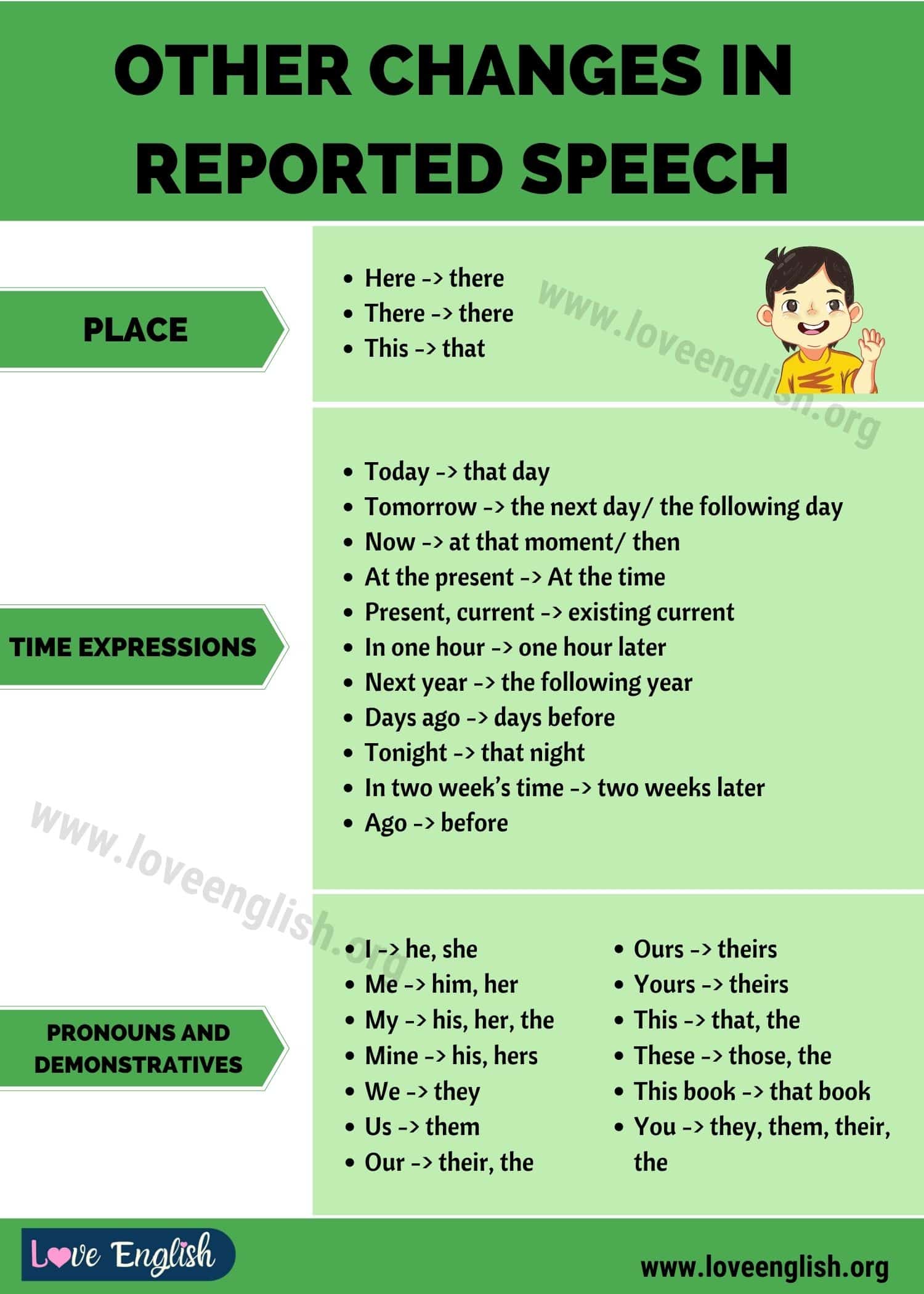