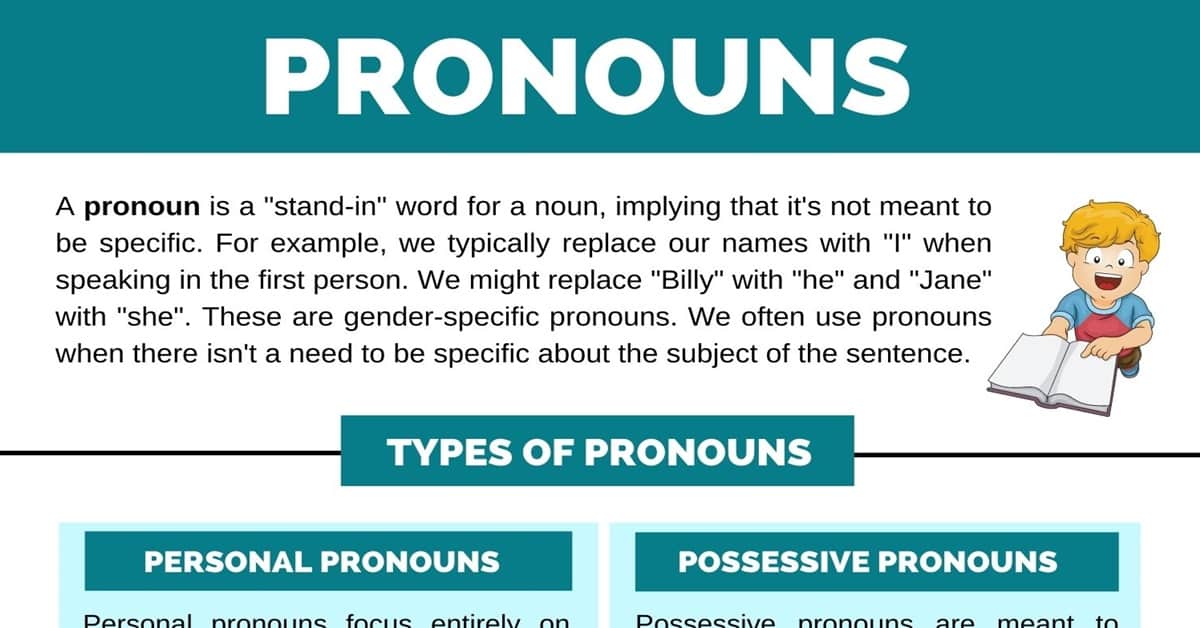 What Is a Pronoun?

A pronoun is a “stand-in” word for a noun, implying that it’s not meant to be specific. For example, we typically replace our names with “I” when speaking in the first person. We might replace “Billy” with “he” and “Jane” with “she”. These are gender-specific pronouns. We often use pronouns when there isn’t a need to be specific about the subject of the sentence. Other types of pronouns are also used when referring to ourselves or non-specific people/subjects such as “myself” or “themselves”. Sometimes pronouns are used before we describe a noun.

Here are different types of pronouns and their functions.

Personal pronouns focus entirely on taking the place of things, people, places, or ideas. The word “personal” can help us remember this. Personal pronouns include words such as “I”, “he”, “she”, “we”, “they”, “us”, or “you”. We normally use these words when the listener or reader already knows whom we refer to in the sentence.

He kicked the ball. I rode the bus to town. She is a writer. The dog they had was brown. Are you coming to my house on Saturday?

Possessive pronouns are meant to show ownership. These include words like “my/mine”, “her/hers”, “his”, “your/yours”, or “their/theirs”. Sometimes which possessive pronoun you choose depends on whether they come before or after the noun.

My car is green. The yellow car is also mine. Her cat caught a mouse. The smallest cat was hers. I love your restaurant. I didn’t know that restaurant was yours.

Interrogative pronouns are used when asking questions. We might remember this as the 4 W’s: “What”, “who”, “whom”, and “which”.

What is your name? Who is coming with us?

Relative pronouns connect clauses, making them a bit different than the types of pronouns previously explained. Common relative pronouns include “that”, “who”, “whom”, and “which”.

There is the package that I ordered. He is the person who fixed our TV. The book, which was a grammar textbook, taught us about pronouns.

Indefinite pronouns are pronouns in which the subject may or may not be identifiable to the reader/listener. These include “all”, “anybody”, “nobody”, “somebody”, and more.

All participants got a reward. Somebody told everybody about how nobody showed up for the event.

Reflexive pronouns personal pronouns that have “self” or “selves” stuck on the end. The purpose is to refer again to the subject of the sentence.

We completed the job ourselves. I am learning more about myself. He can bake a cake by himself.

Below is the list of pronouns that you often see. 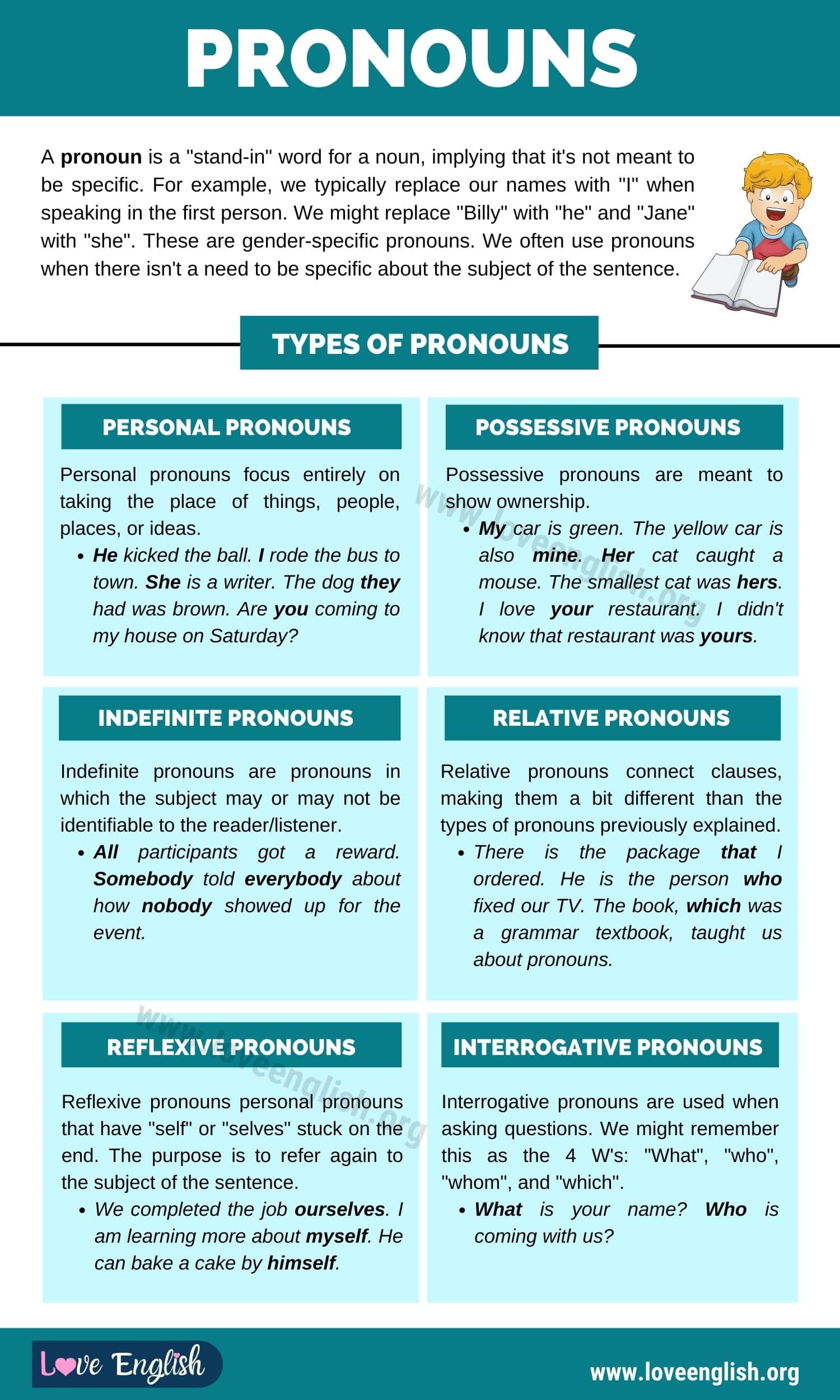