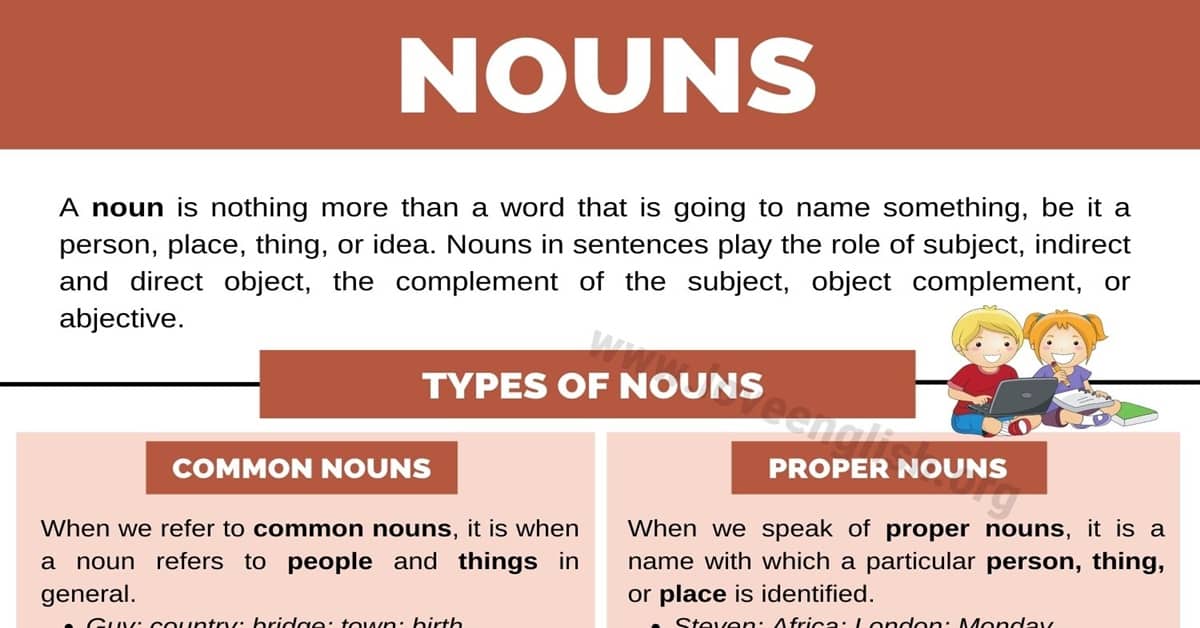 What Is a Noun?

A noun is nothing more than a word that is going to name something, be it a person, place, thing, or idea. Nouns in sentences play the role of subject, indirect and direct object, the complement of the subject, object complement, or abjective.

How to Identify a Noun in a Sentence?

Note: But this does not happen in all the endings of the words, not all are nouns.

Position in the Sentence

Often we may be able to recognize nouns in sentences by their position within the sentence.

Nouns, you usually find them after the determiner ( an, the, this, my, such):

Also, nouns are usually after one or more adjectives:

There are a variety of nouns, here we explain what they are:

When we refer to common nouns, it is when a noun refers to people and things in general, such as:

When we speak of proper nouns, it is a name with which a particular person, thing, or place is identified. For example:

A concrete noun refers to things and people that exist physically and that you can see, touch, hear, smell, taste. For example:

An abstract noun is the one that gives ideas, qualities, and conditions, in this case, they are those that cannot be touched, seen, or felt physically. For example:

Collective nouns are those used to refer to groups of things and people such as:

An example of a sentence could be:

“The whole family was sitting at the table.”

In British English, the previous sentence is correct, but it is also valid to use the collective noun as a plural together with a plural verb such as:

“The whole family was sitting at the table.”

A noun can belong to several categories, such as when we speak of happiness it is a common noun, at the same time it is an abstract noun while when we refer to Mount Everest, it is a concrete noun and a proper noun. 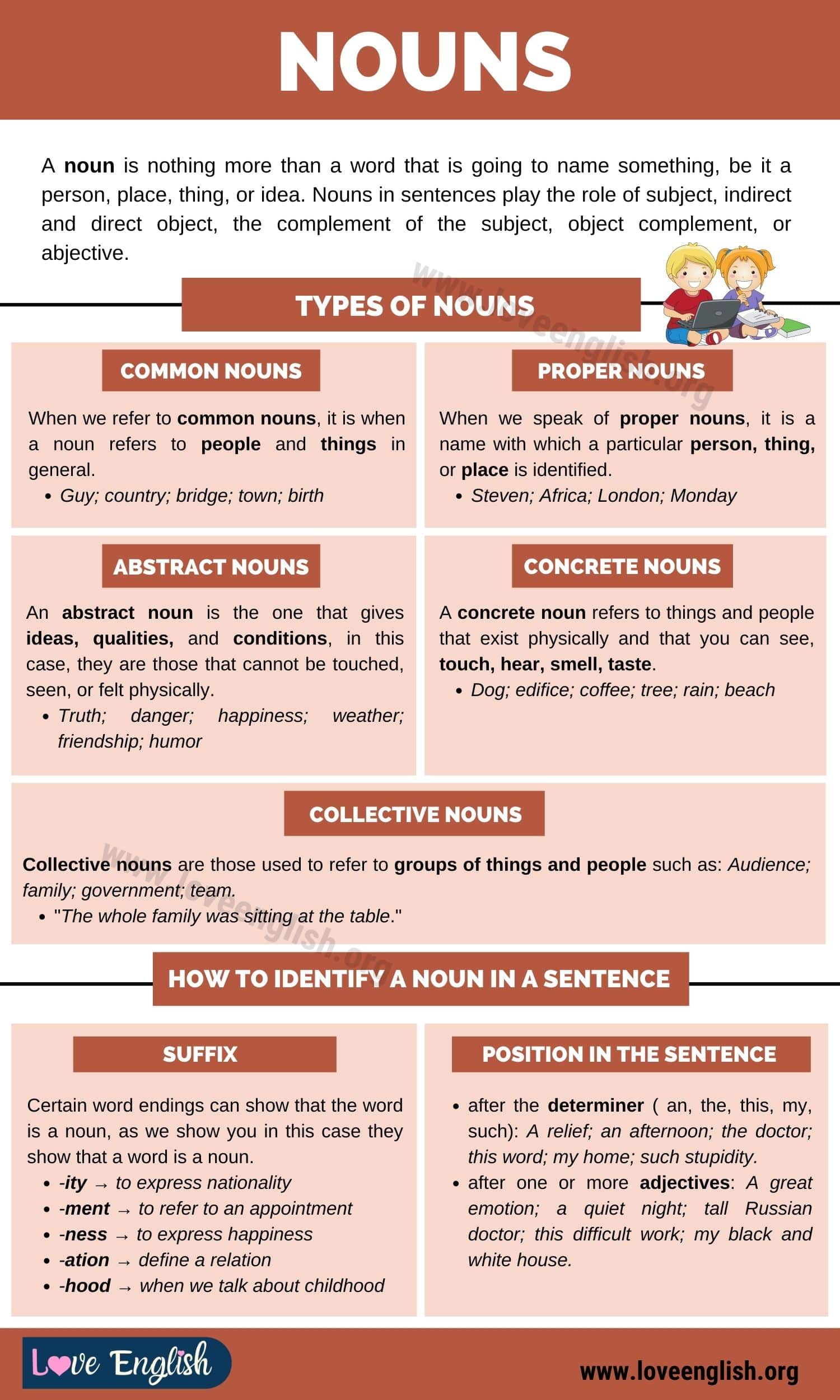 Good article. I have a website to learn English totally free as well, search on Google Inglés con Roberto, and that’s it!