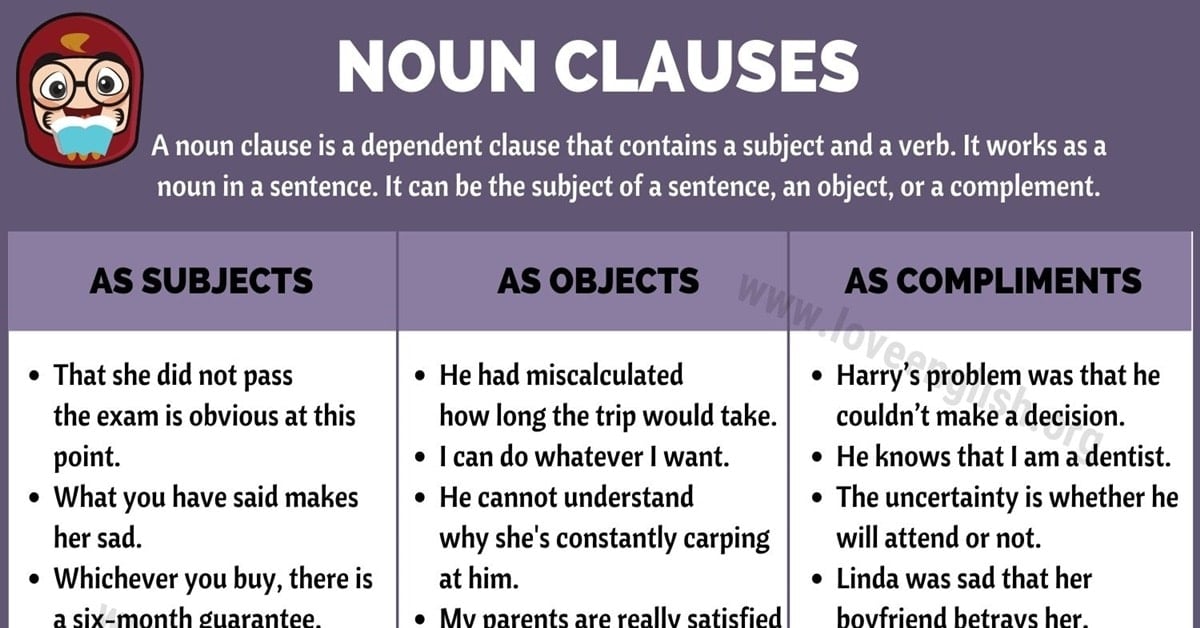 What is a Noun Clause?

A noun clause is a dependent clause that contains a subject and a verb. It works as a noun in a sentence. It can be the subject of a sentence, an object, or a complement. It begins with words such as how, that, what, whatever, when, where, whether, which, whichever, who, whoever, whom, whomever, and why. 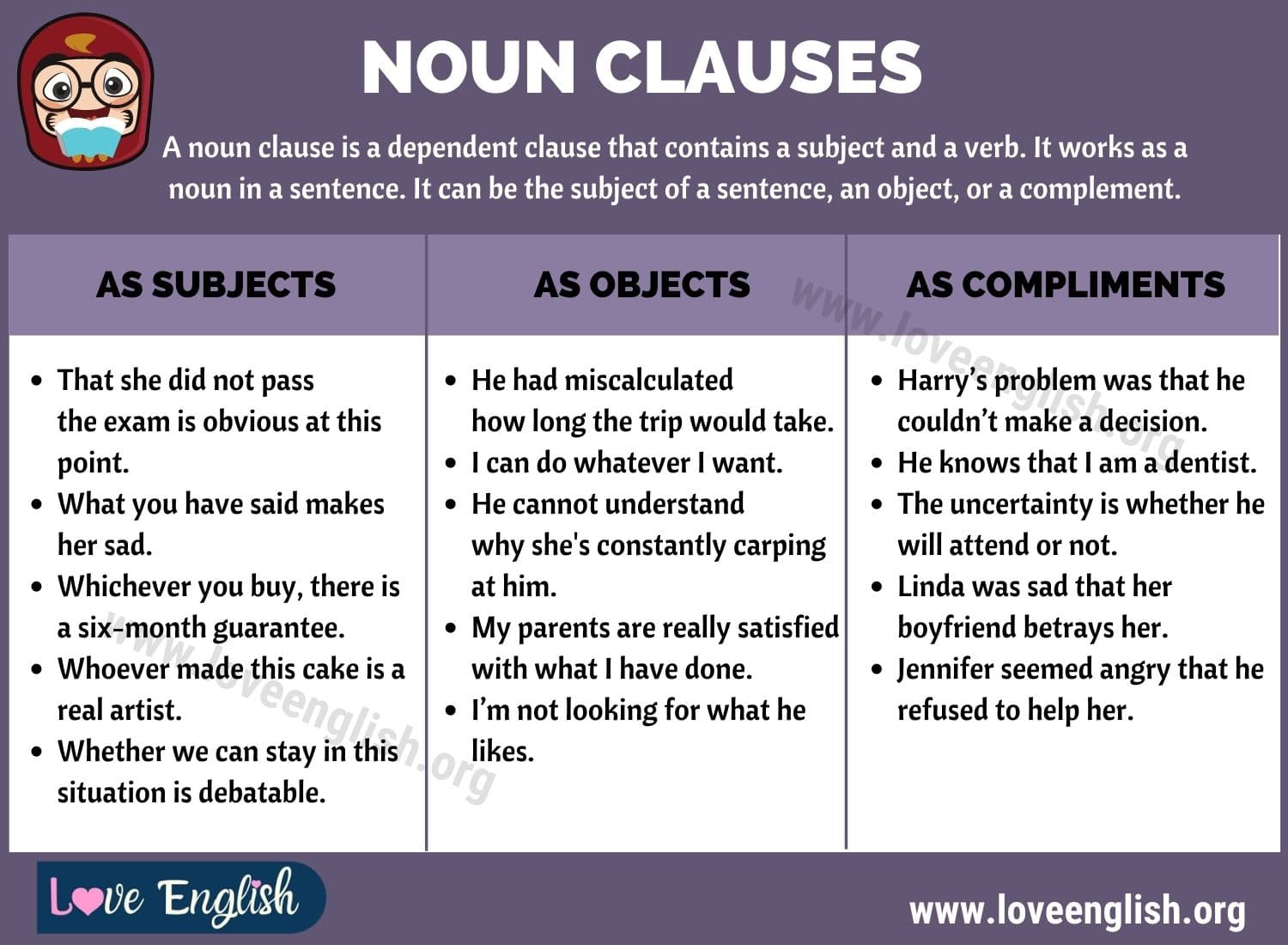 THANKS, IT IS A VERY USEFUL LESSON.