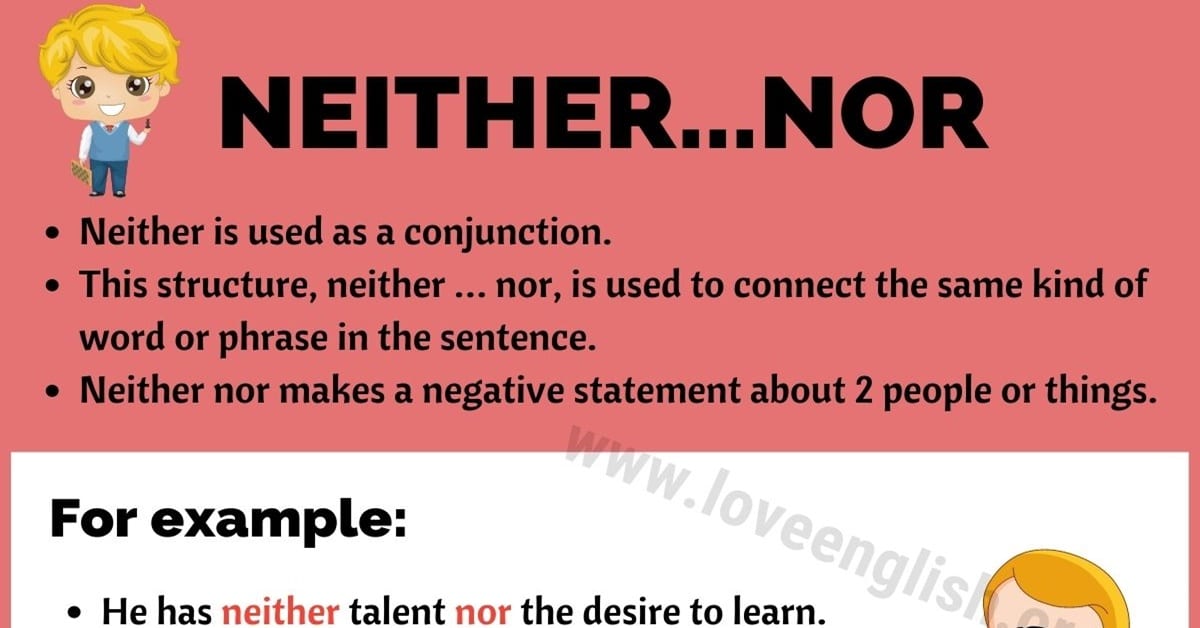 Neither nor!!! In this lesson, we will learn how to use neither … nor in English and show some example sentences.

How to Use Neither Nor | Infographic 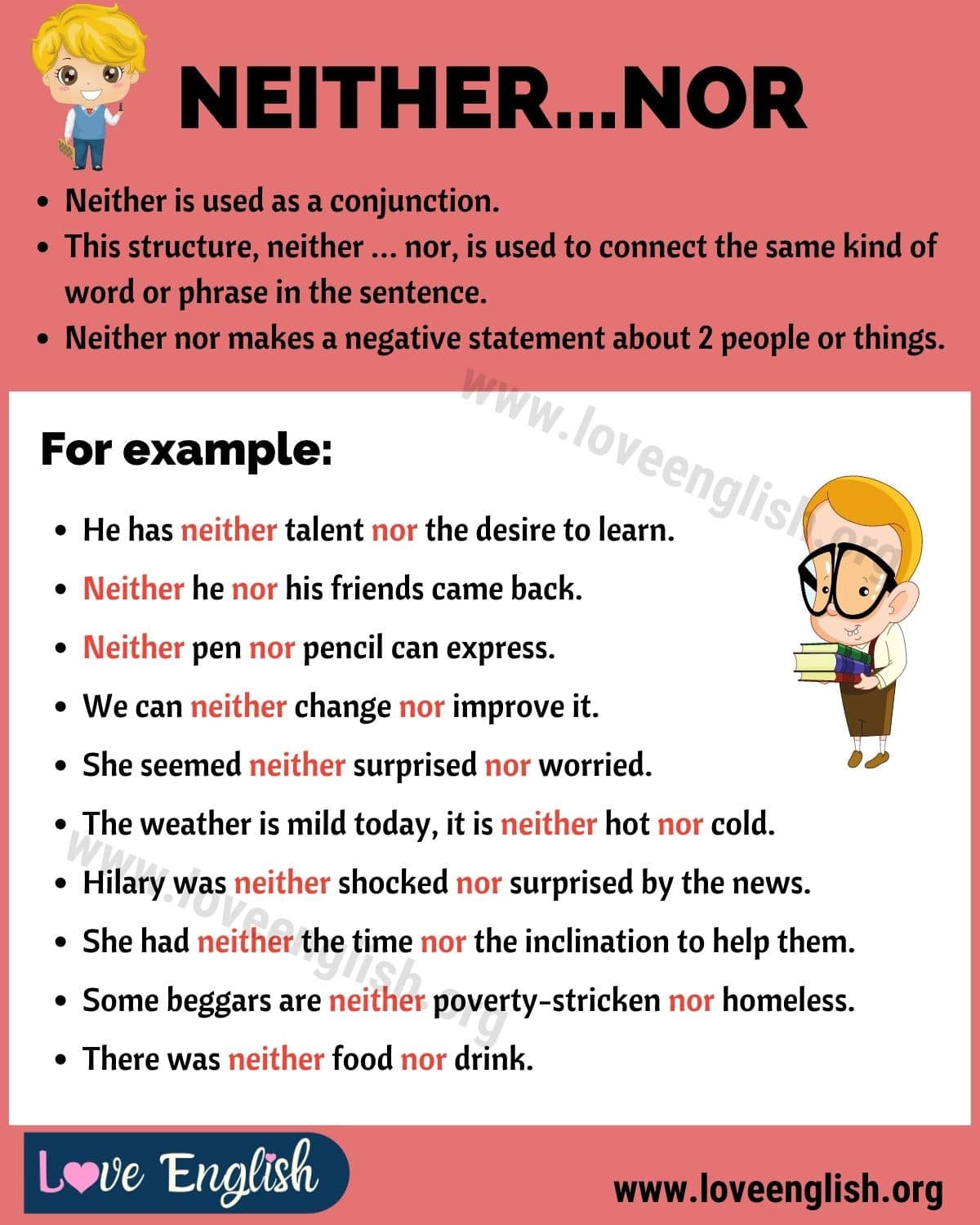