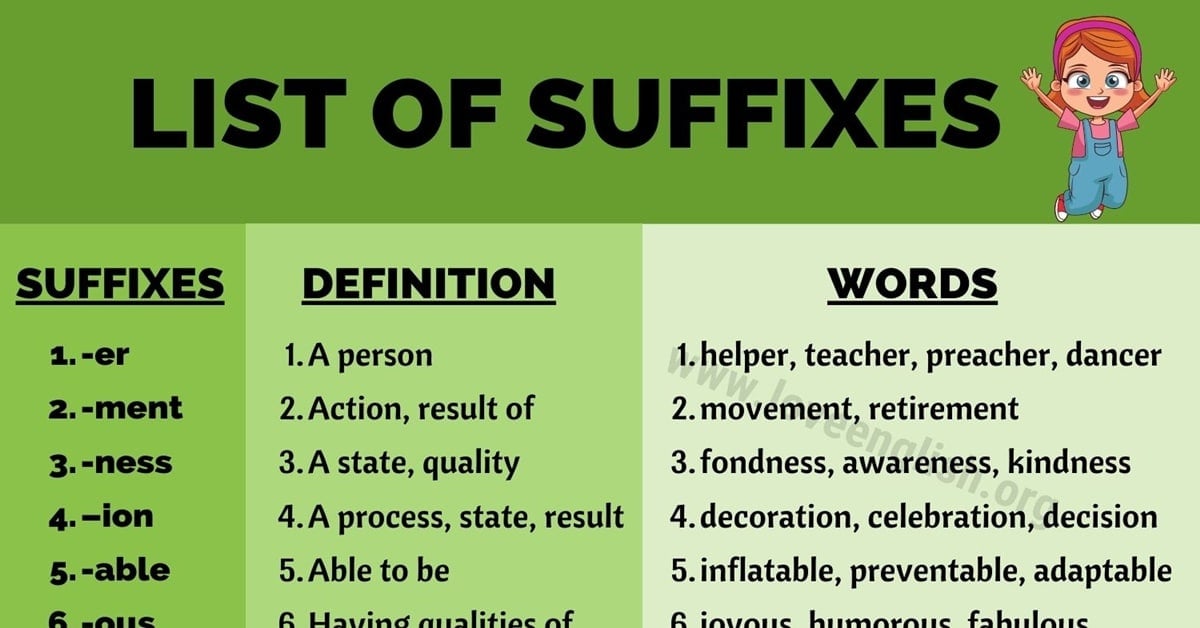 In this article, we’ll learn some common suffixes in English with meaning and example sentences for ESL Learners.

Suffixes are the one or more syllables or elements added to the root or stem of a word to alter the meaning or indicate the intended part of speech.

Below is the useful list of suffixes plus meaning and examples you should know. 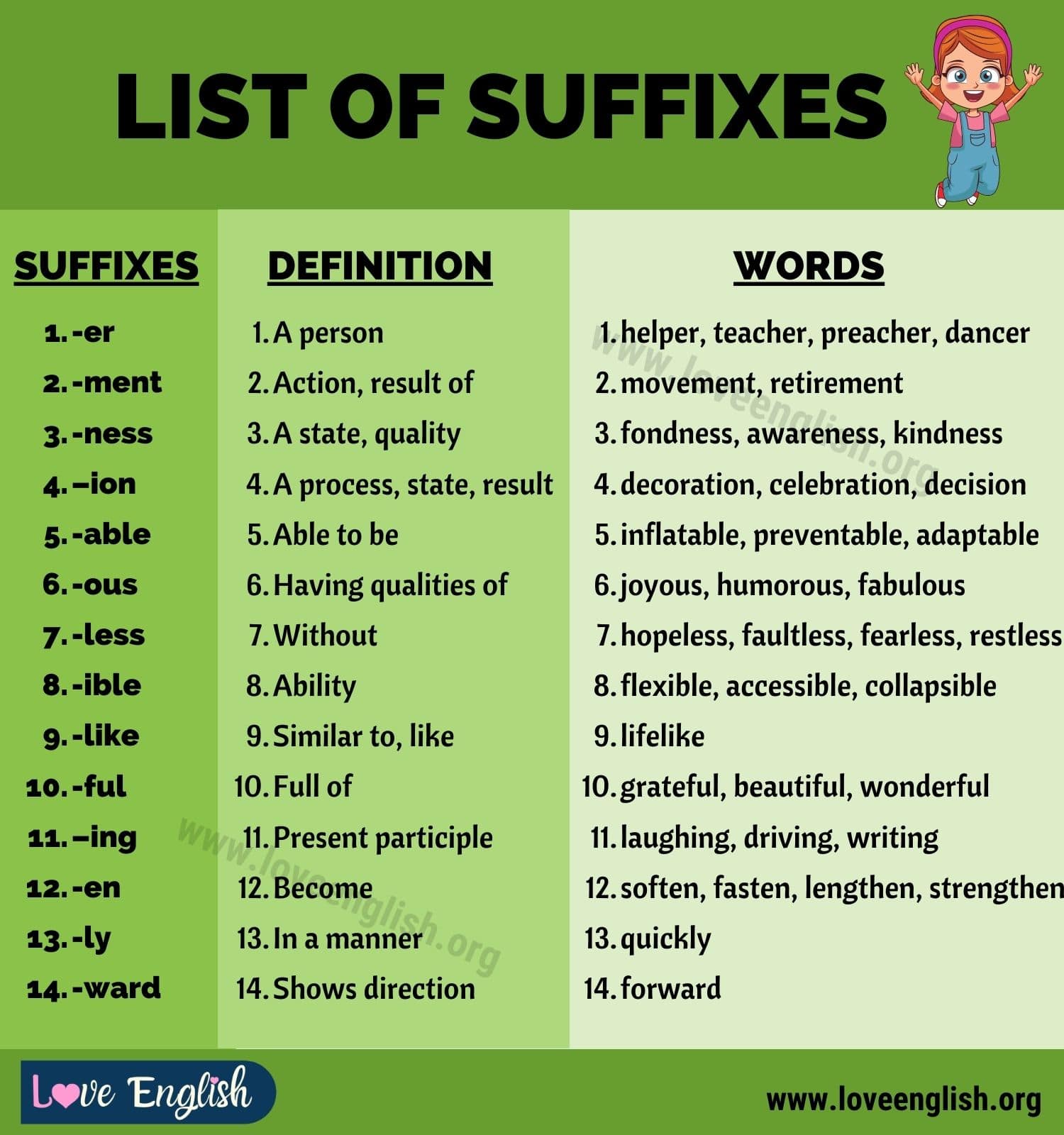