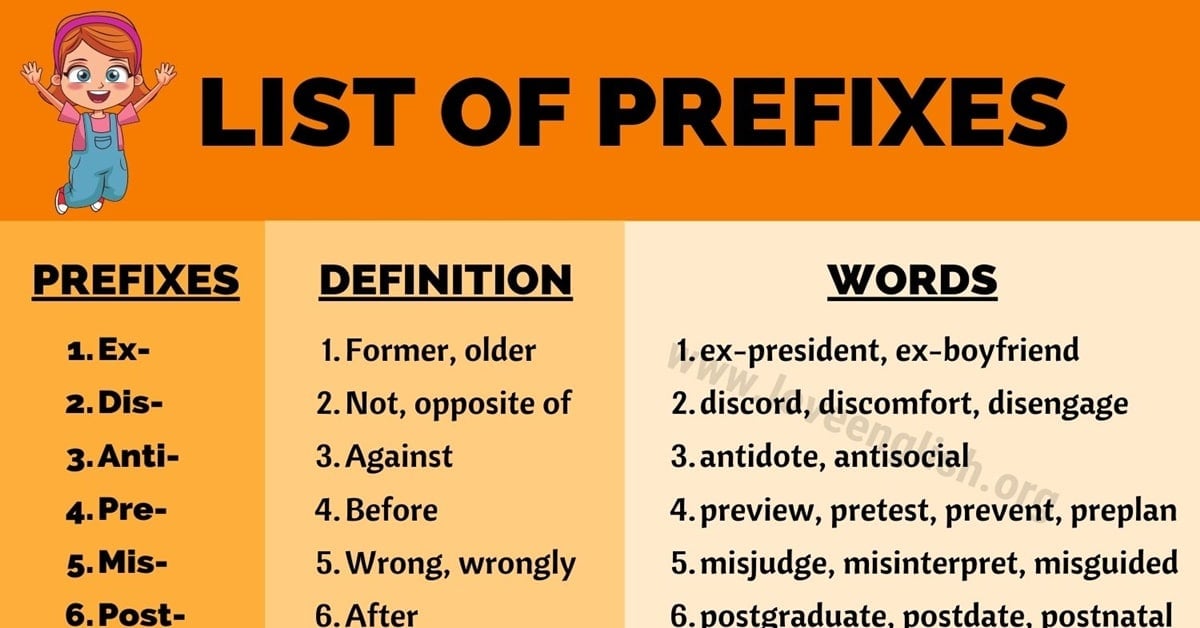 In this lesson, we’ll study common prefixes with their meaning and examples for ESL Students.

A prefix is a group of letters that is added to the beginning of a word and changes the meaning of the word.

Below is a list of prefixes plus definitions and examples you should know.

Common Prefixes with Their Meanings 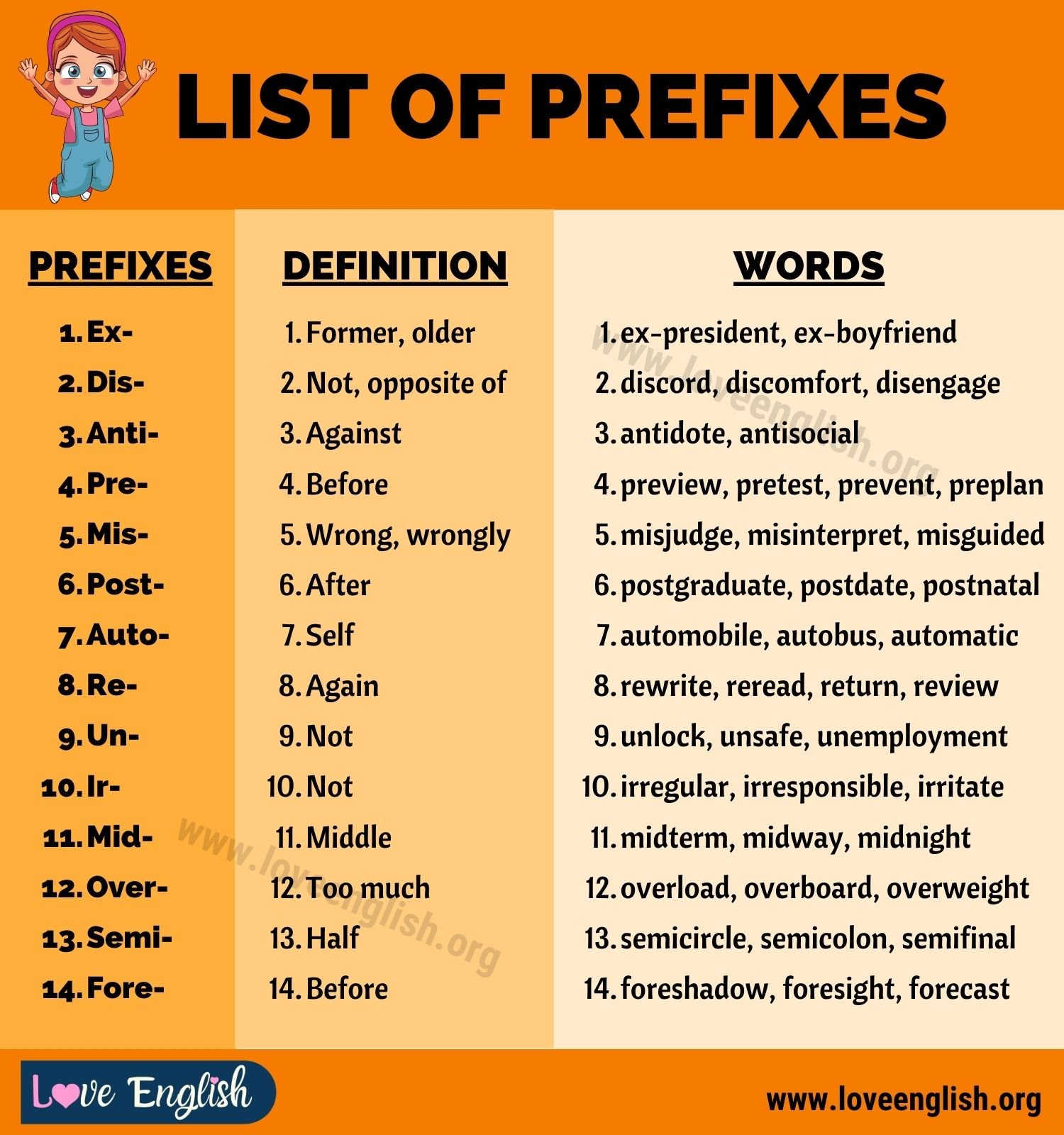