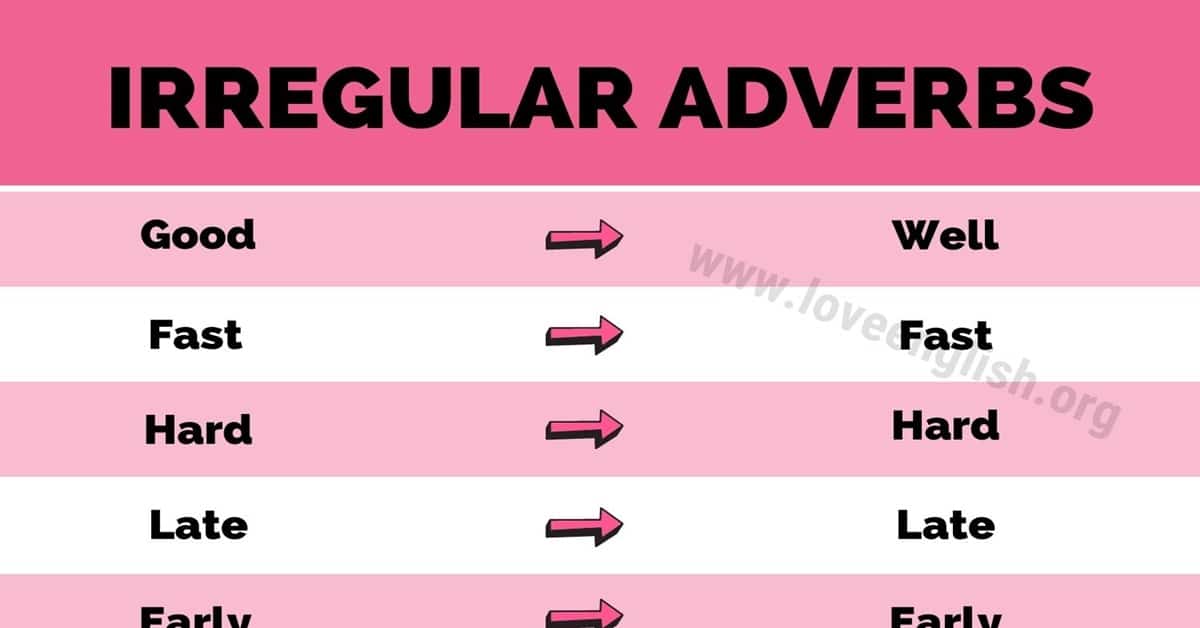 Most adverbs are formed by adding –ly to an adjective. However, some adverbs are irregular. 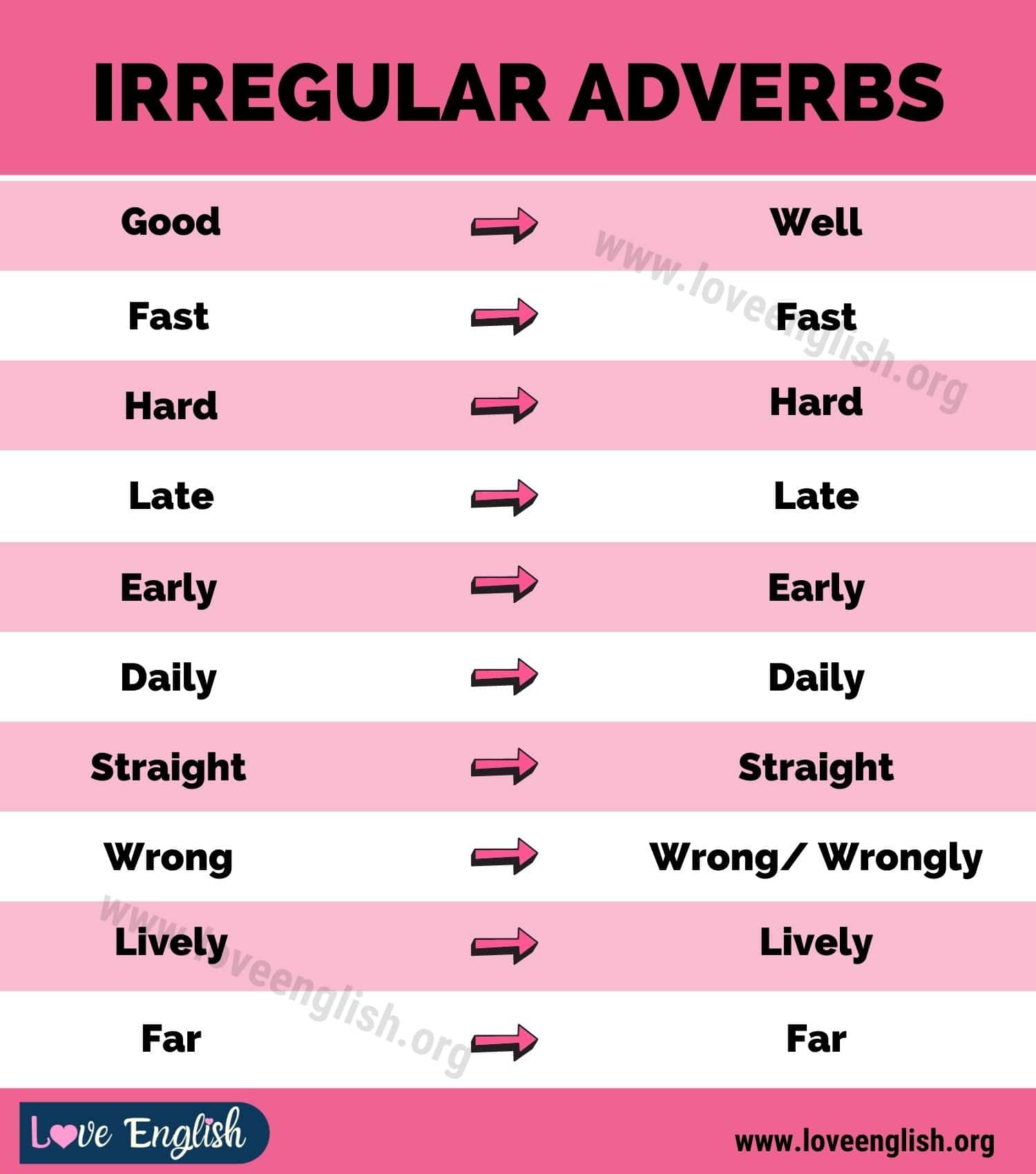