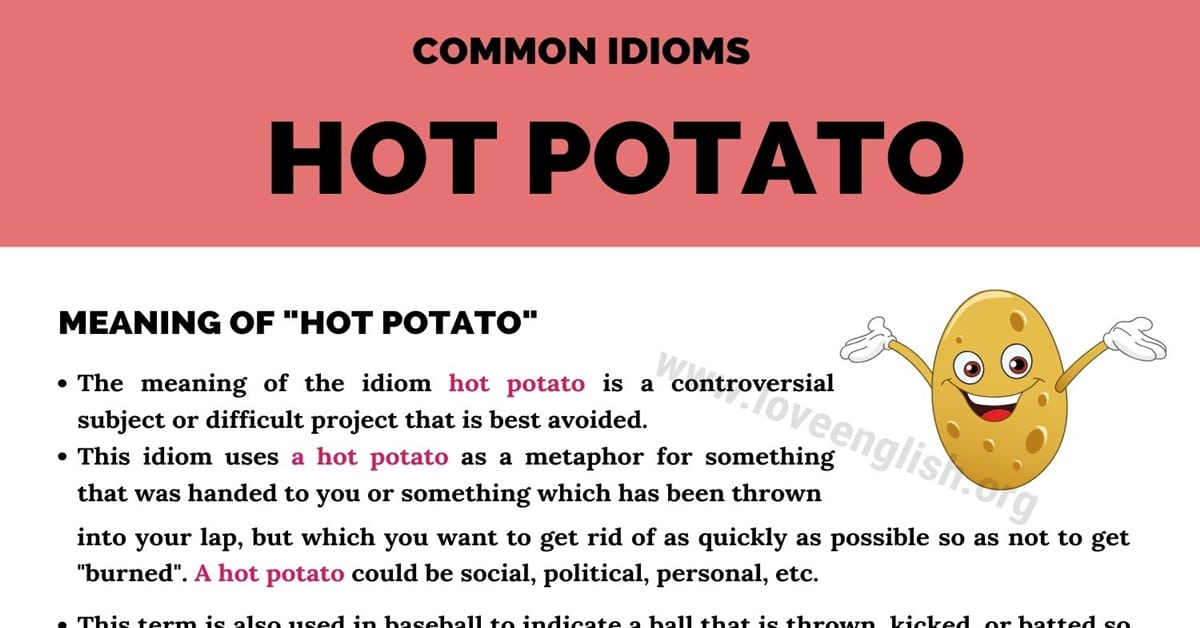 Hot Potato!!! What does this interesting idiomatic phrase mean?

The meaning of this idiom hot potato is a controversial subject or difficult project that is best avoided.

This idiom uses a hot potato as a metaphor for something that was handed to you or something which has been thrown into your lap, but which you want to get rid of as quickly as possible so as not to get “burned”. A hot potato could be social, political, personal, etc.

This term is also used in baseball to indicate a ball that is thrown, kicked, or batted so hard that a receiving player cannot catch it.  Further, in baseball, if a ball is thrown mistakenly to an umpire when there are runners still on base, the umpire will treat the ball like it is a “hot potato” and try not to catch it, since it is still in play. 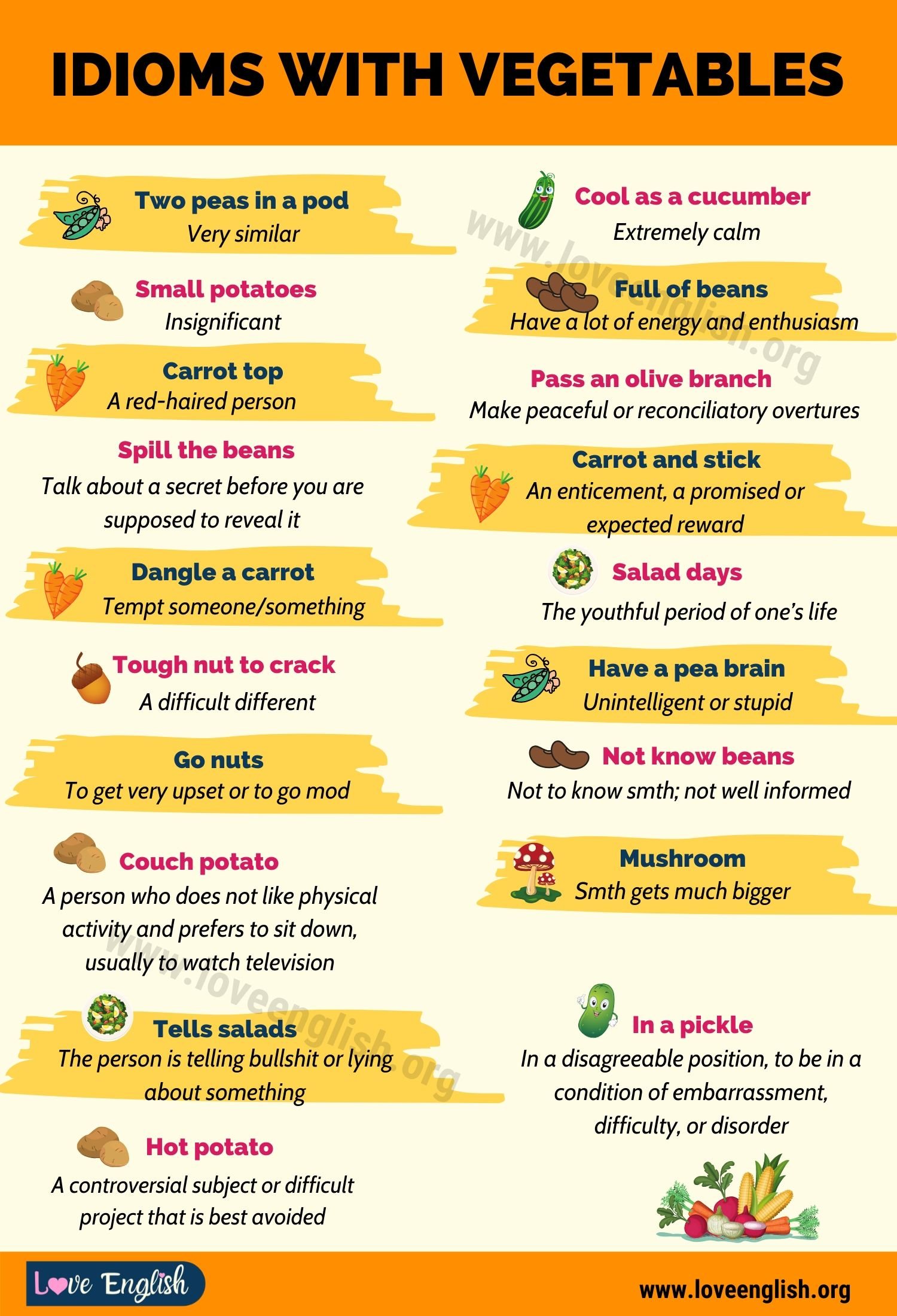 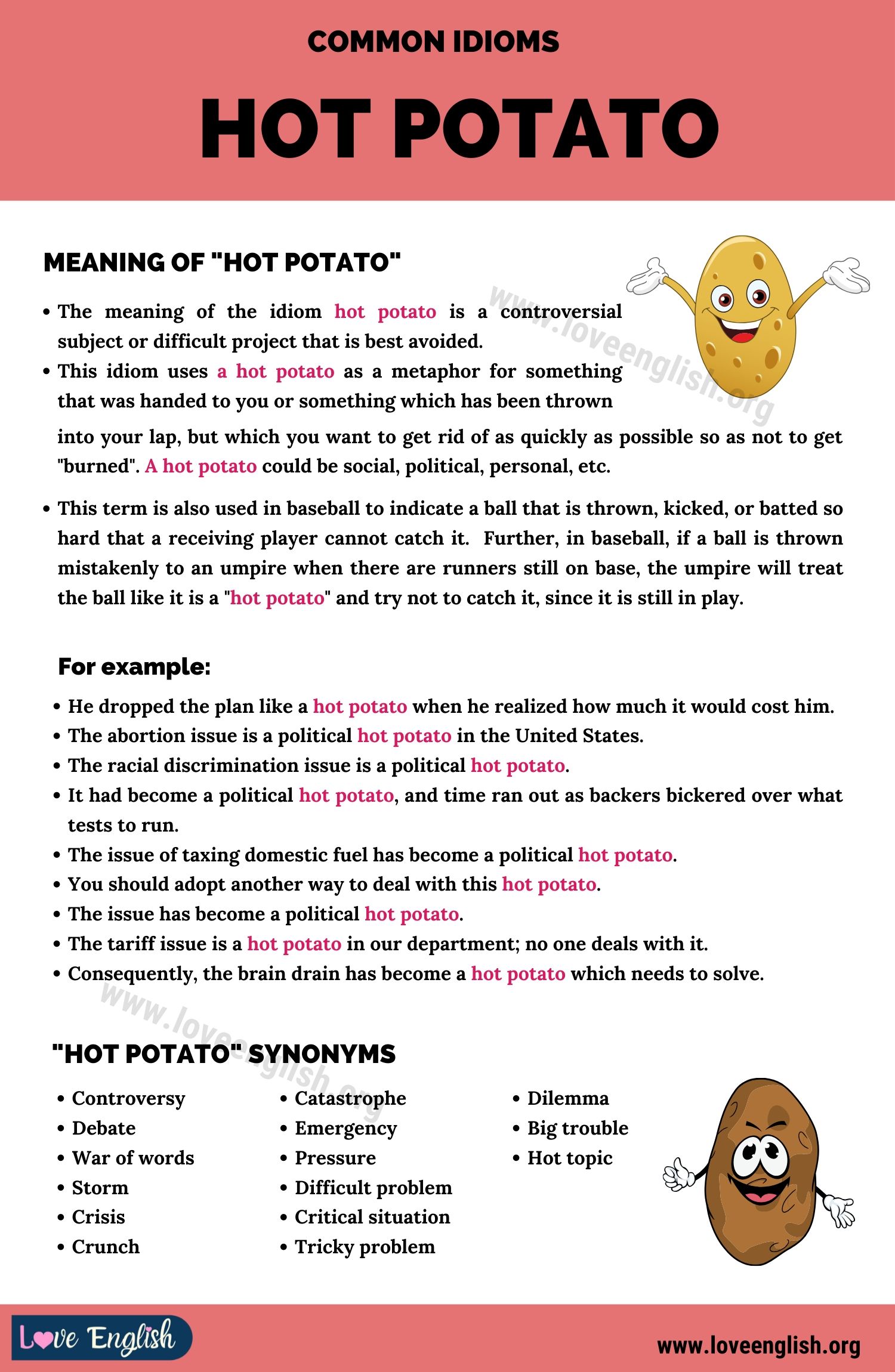