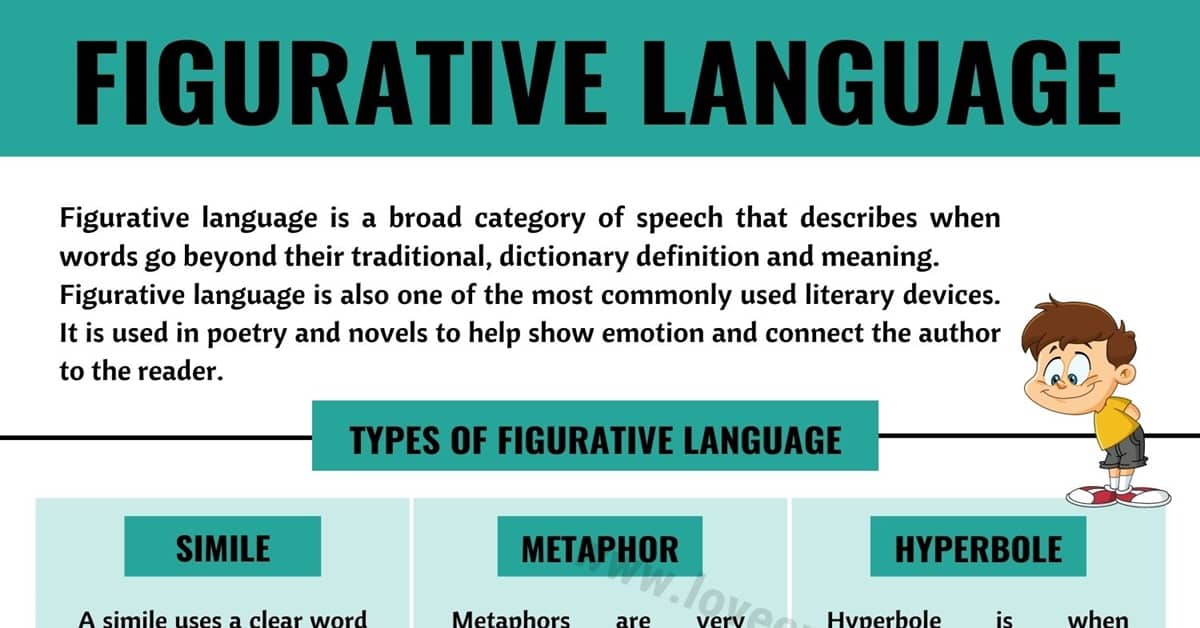 Figurative language exists in every language across the world. For most people, it is so normalized that we end up using it every day and might not even recognize it. But whether you’re learning a new language or trying to describe the idea to someone else, eventually you’ll find yourself wondering, what exactly is figurative language?

What Is Figurative Language?

Figurative language is a broad category of speech that describes when words go beyond their traditional, dictionary definition and meaning. It is usually meant to help the reader or listener envision something more clearly by making a comparison or using imagery from something unrelated.

A simile uses a clear word such as “like” or “as” to make a comparison between two unlike things. For example, “She is as slow as a sloth.”.

Metaphors are very similar to similes but lack the comparison word, and instead liken the two unrelated things directly. For example, “He was a streak of lightning.”

Idioms are commonly used phrases that give non-literal meaning to words. They are sometimes so old that they don’t make sense anymore, and often overlap with other types of figurative language. For example, “She is cute as a button.” is both a simile and an idiom. Many people use the phrase, but it doesn’t really mean anything on its own, because a button isn’t known for its cuteness.

Hyperbole is when someone uses exaggeration to add meaning to a phrase. A common example is to say “I’m starving”. The person isn’t actually dying of hunger, they’re just really hungry.

Personification happens when human traits are given to a non-Human thing. One example might be “The pencil was lonely”, because we know a pencil can’t actually feel loneliness, it just means it was the only one.

The Function of Figurative Language

Okay, so even if you can identify figurative language, what is it for? Why does it matter?

Although they aren’t as obvious as those previously listed, some other types include onomatopoeias (sound words such as “moo”, “boing”, or “tick-tock”), alliteration (repeated beginning word sounds, such as “wicked witch” or “bouncing baby boy”). allusions (words or phrases that reference a well-known person, place, or event such as “He’s playing Superman”), and oxymorons (two conflicting terms combined to make a new meaning, such as “Stupid smart” or “bittersweet”). You may already be using figurative language without knowing! 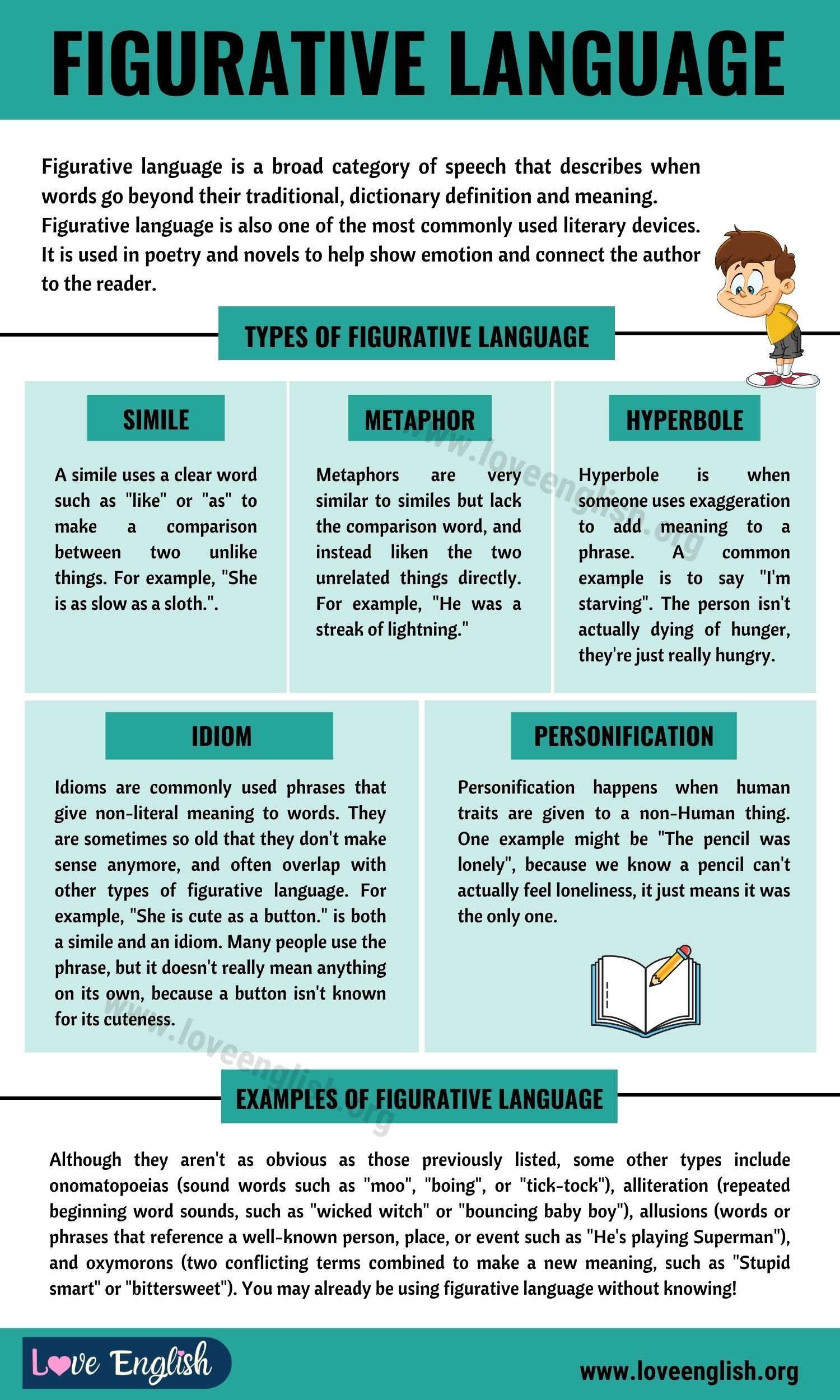