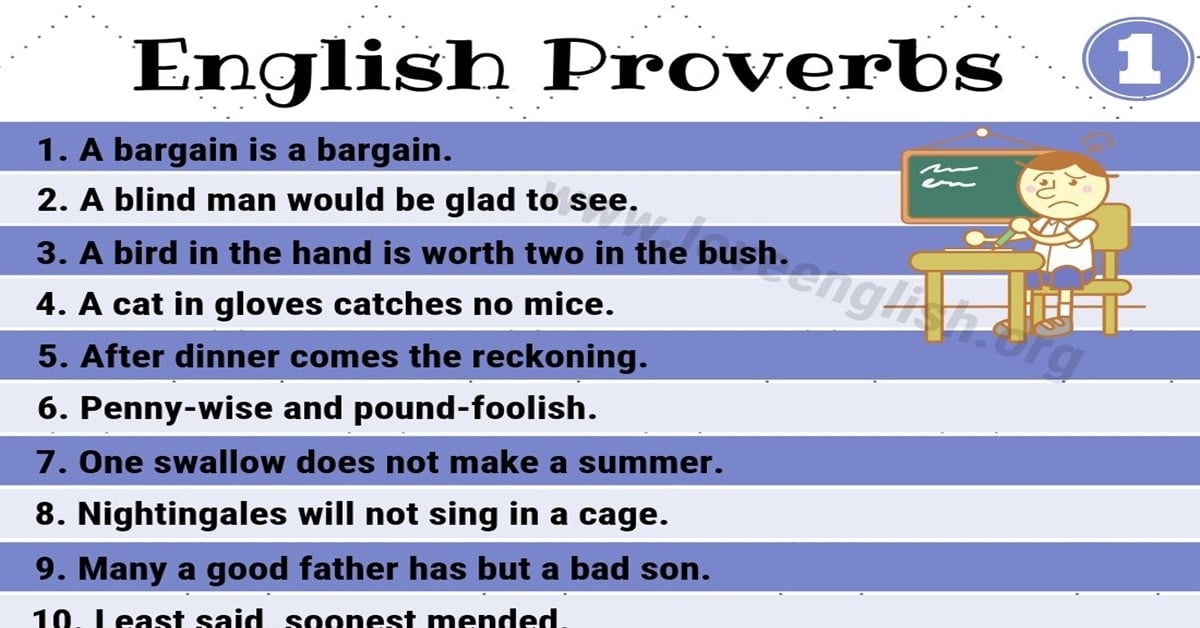 In this post, we’ll learn some common proverbs in English! By using some of these 0ver 50 popular proverbs, you can up your English language by few notches.

A proverb is a short, pithy saying that expresses a traditionally held truth or piece of advice, based on common sense or experience. 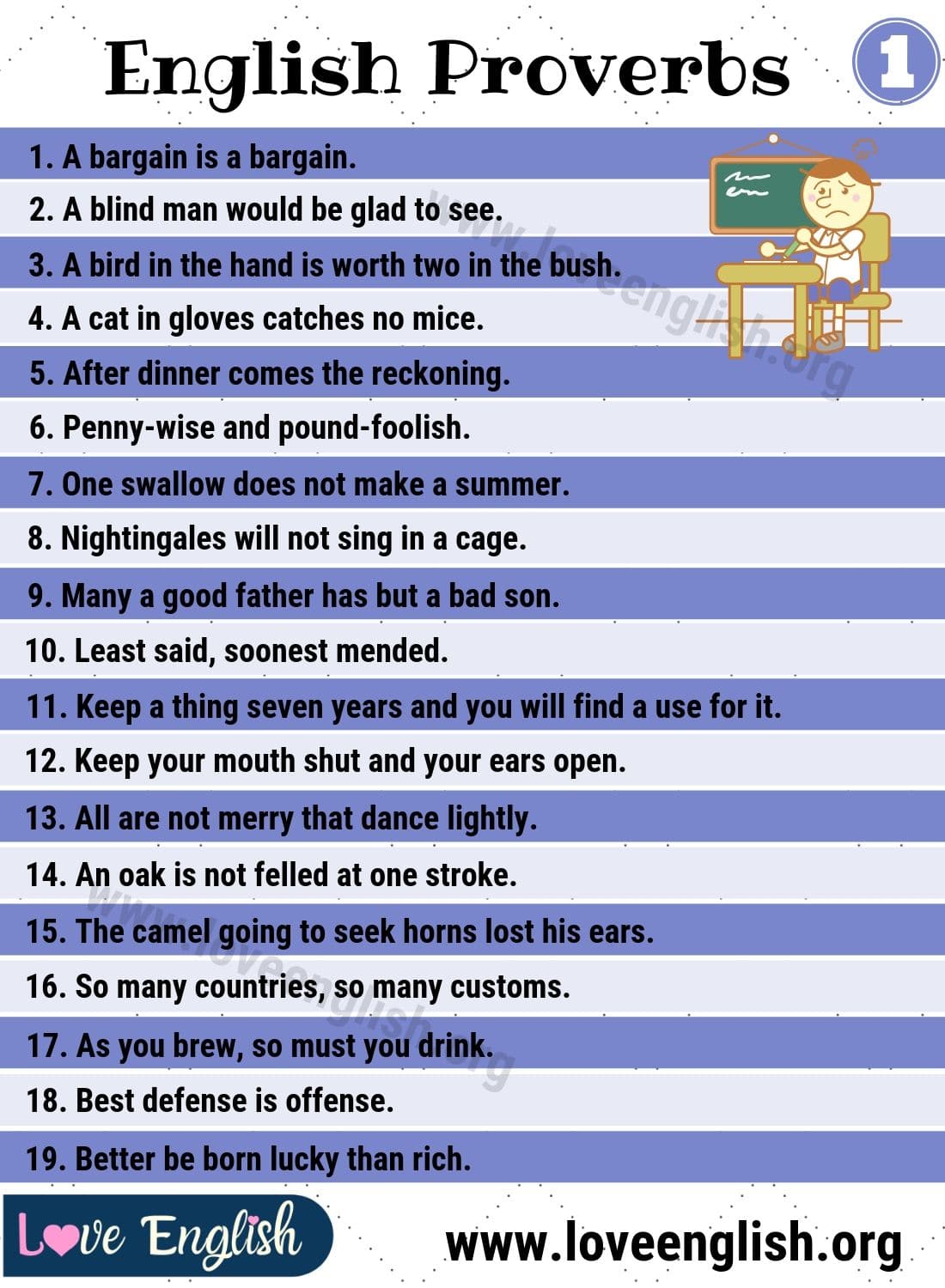 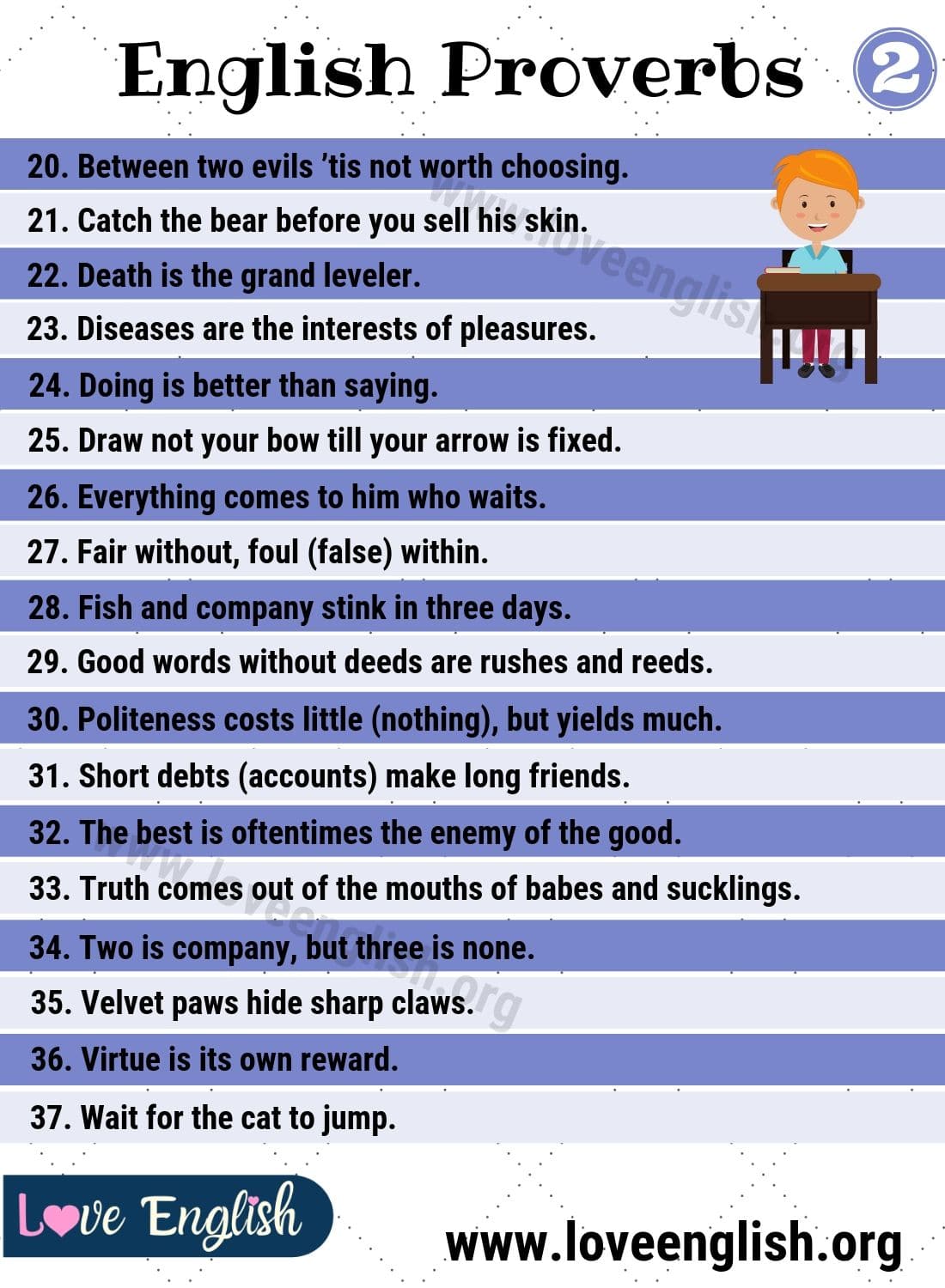 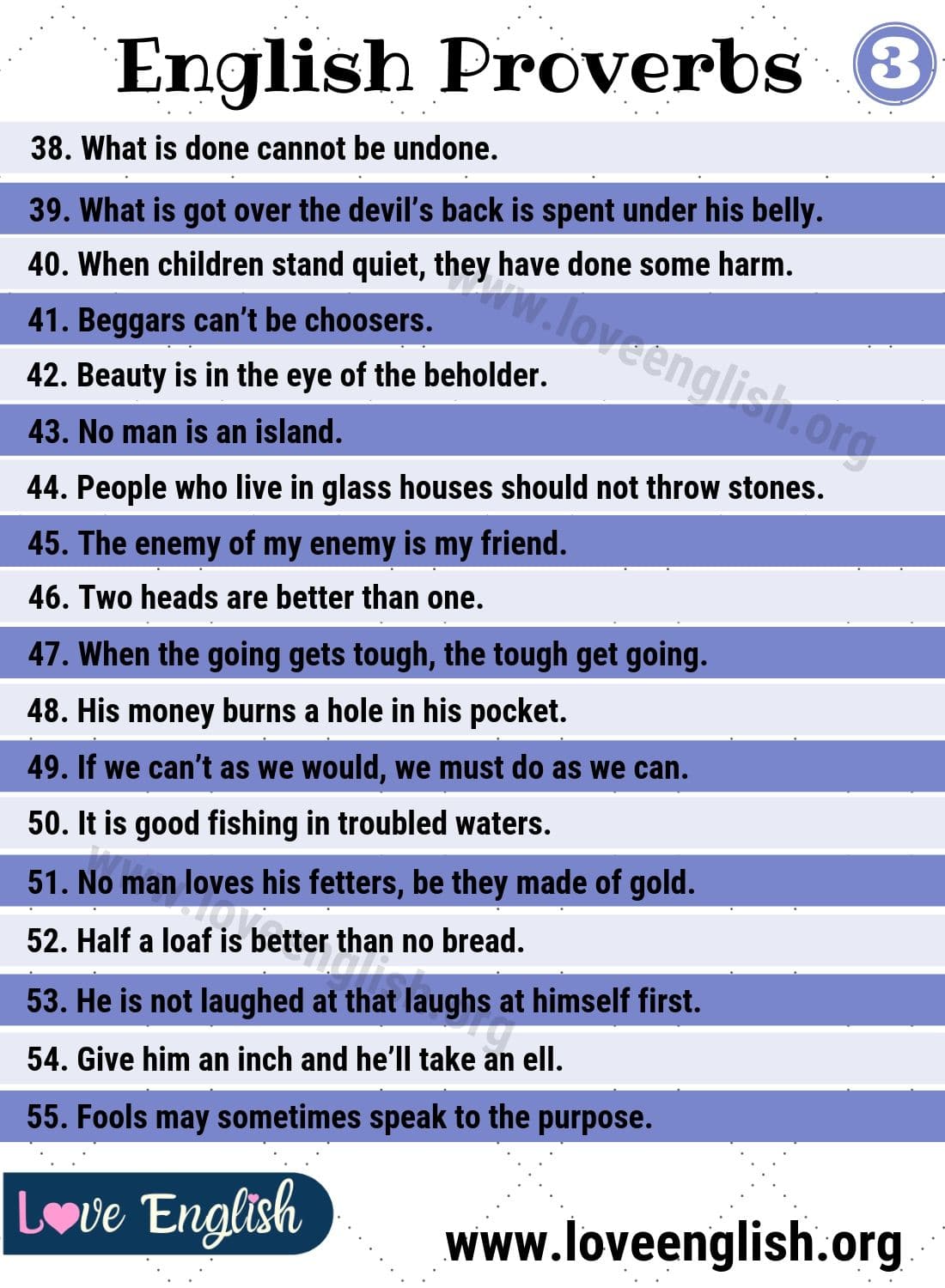 Very useful …But if they are given with example sentences ,it will be very easy for us to learn……

I would love to be with u

it is good but it don’t make any sense

Very useful … ﻿it is very easy for us to learn