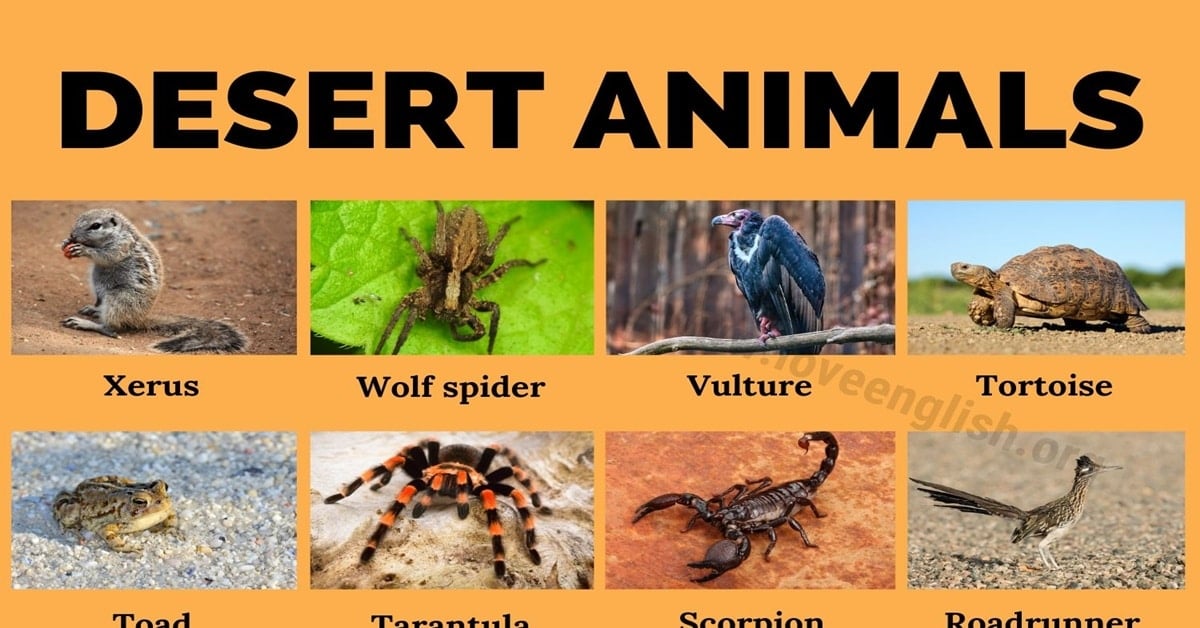 Desert animals!!! Deserts are extreme environments, making them difficult places for some animals to live. In this lesson, we show a useful list of names of over 35 desert animals in English with examples and infographic.