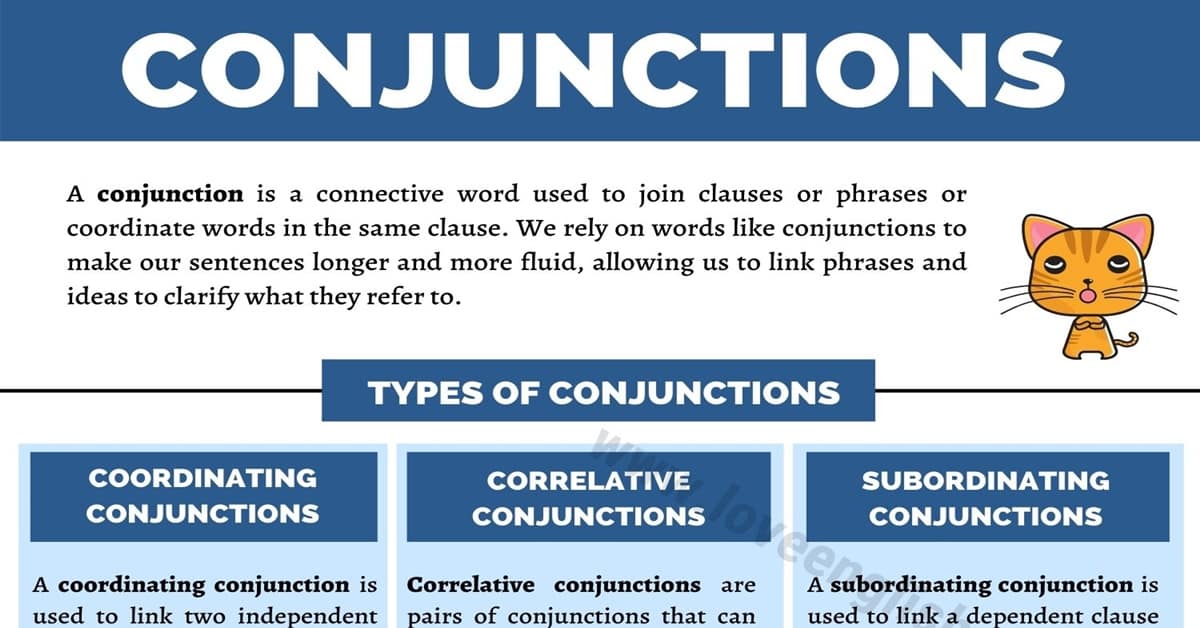 The complexity of the English language relies on our ability to connect ideas, thoughts, and phrases so that we can communicate meaning.

We rely on words like conjunctions to make our sentences longer and more fluid, allowing us to link phrases and ideas to clarify what they refer to.

What Is a Conjunction?

A conjunction is a connective word used to join clauses or phrases or coordinate words in the same clause.

A coordinating conjunction is used to link two independent clauses together.

Below are the seven coordinating conjunctions:

An acronym used to remember the seven is FANBOYS.

Below are some examples of subordinating conjunctions:

Below are a few examples of correlative conjunctions:

Another rule for correctly using conjunctions is to connect similar words, such as using the conjunction and when creating a shopping list because all the things on the list are food items, or using the conjunctive but to state that you like tennis but don’t like hockey because both are sports.

It is always important to ensure that your sentences are still grammatically correct when you use conjunctive.

Below are ten rules to remember for commonly used conjunctions:

Common transition words include, however, furthermore, consequently, nonetheless, following, subsequently, indeed, whereas and in addition. Where the conjunction brings two clauses together to form a longer sentence, transition words introduce a change by addition, emphasis, contrast, or order, changing the tone of the sentence by connecting contrasting or more informative phrases. 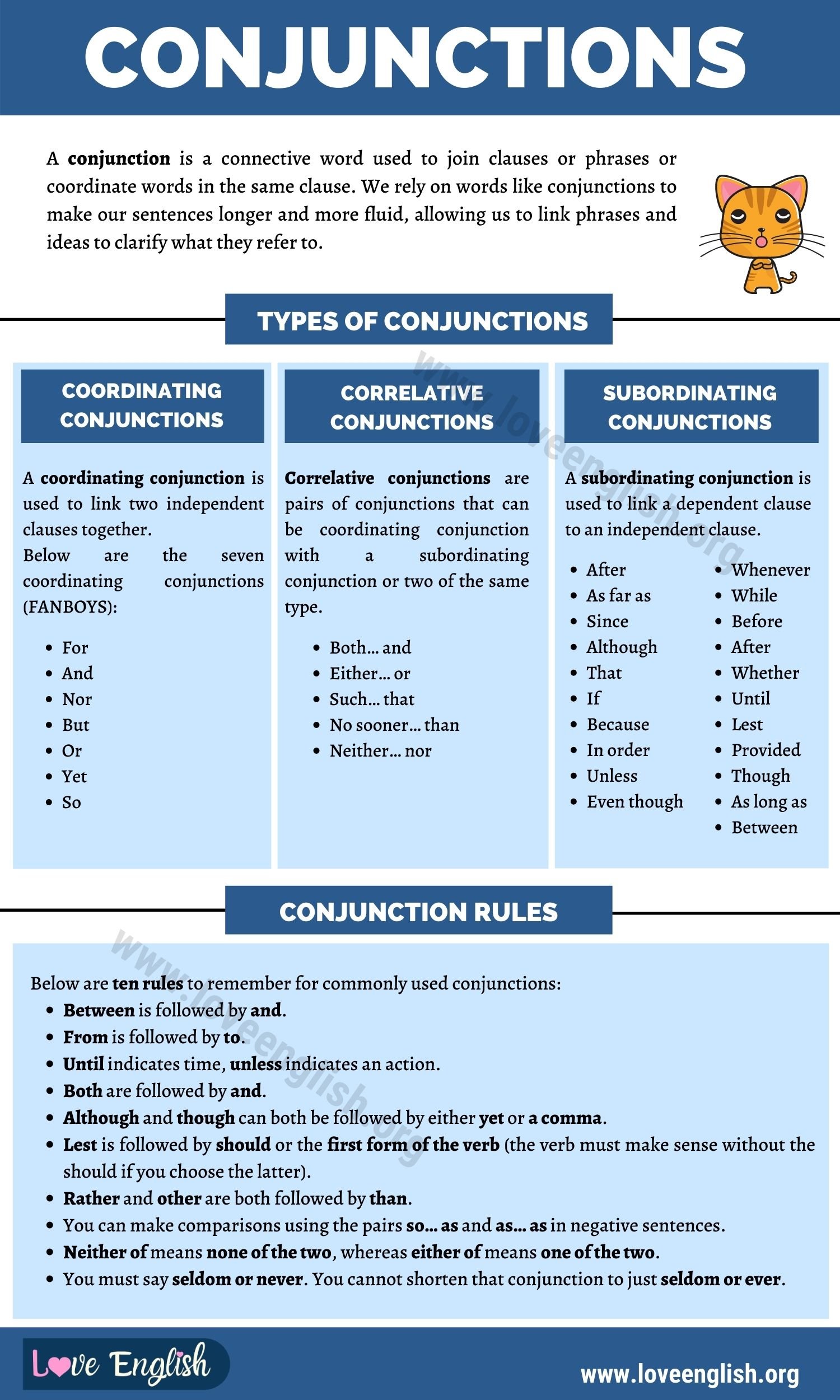