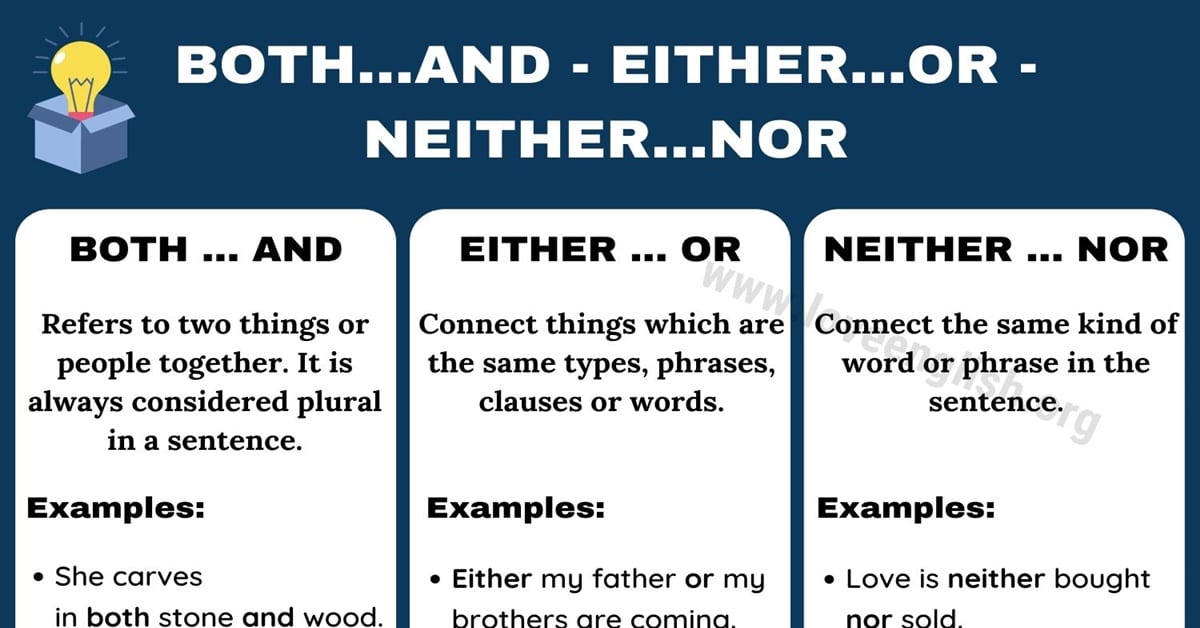 Learn Conjunction Words in English Grammar. In this article, we learn how to use Correlative conjunctions Both and, Either or and Neither nor in a sentence.

Learn how to use Conjunction words with examples.

Both and refers to two things or people together. It is always considered plural in a sentence.

Either or is correlative conjunction. We use either … or to connect things which are the same types, phrases, clauses or words.

This structure, neither nor is used to connect the same kind of word or phrase in the sentence. Neither makes a negative statement about two people or things.

Both and – Either or – Neither nor | Infographic

How to Use Both and – Either or – Neither nor Correctly? 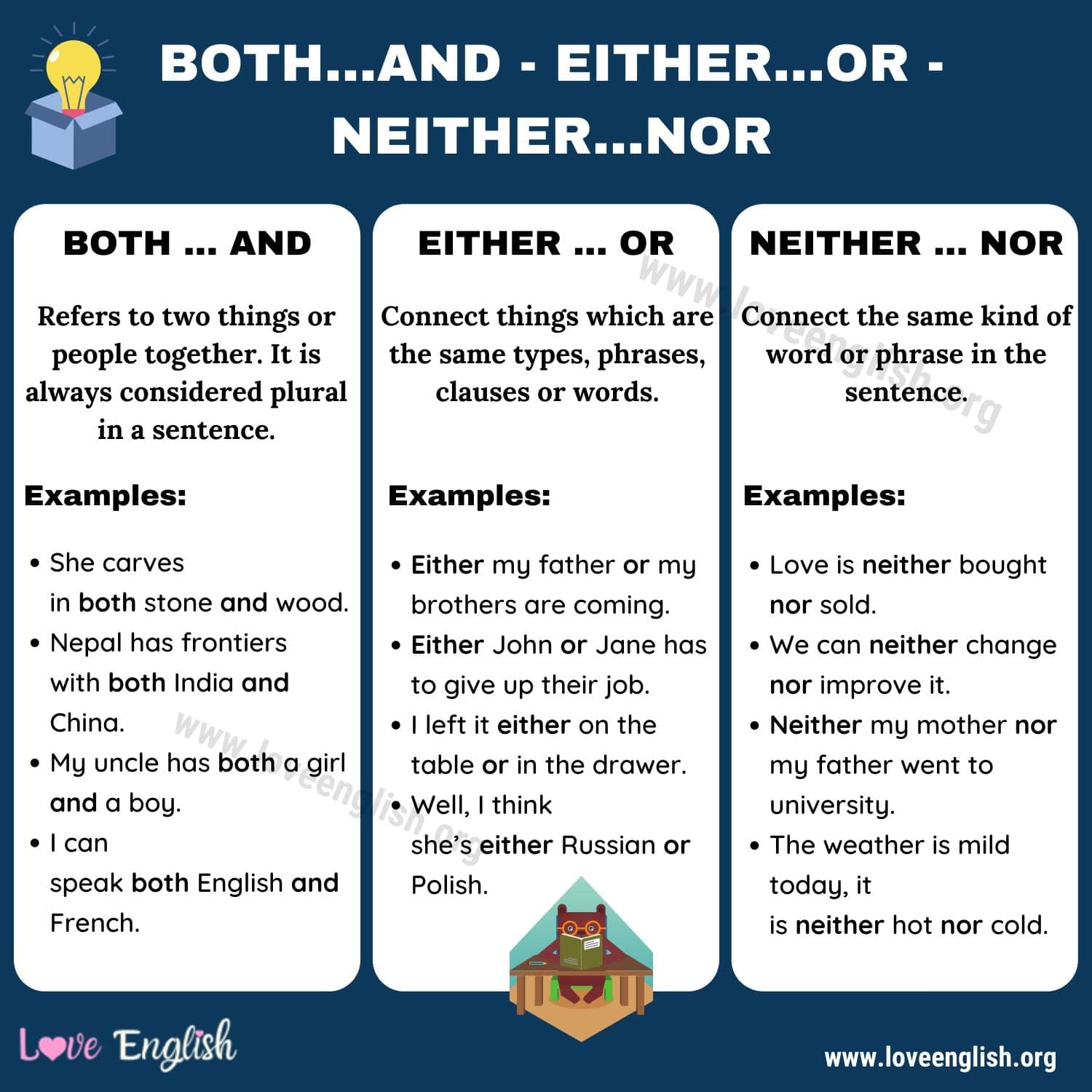