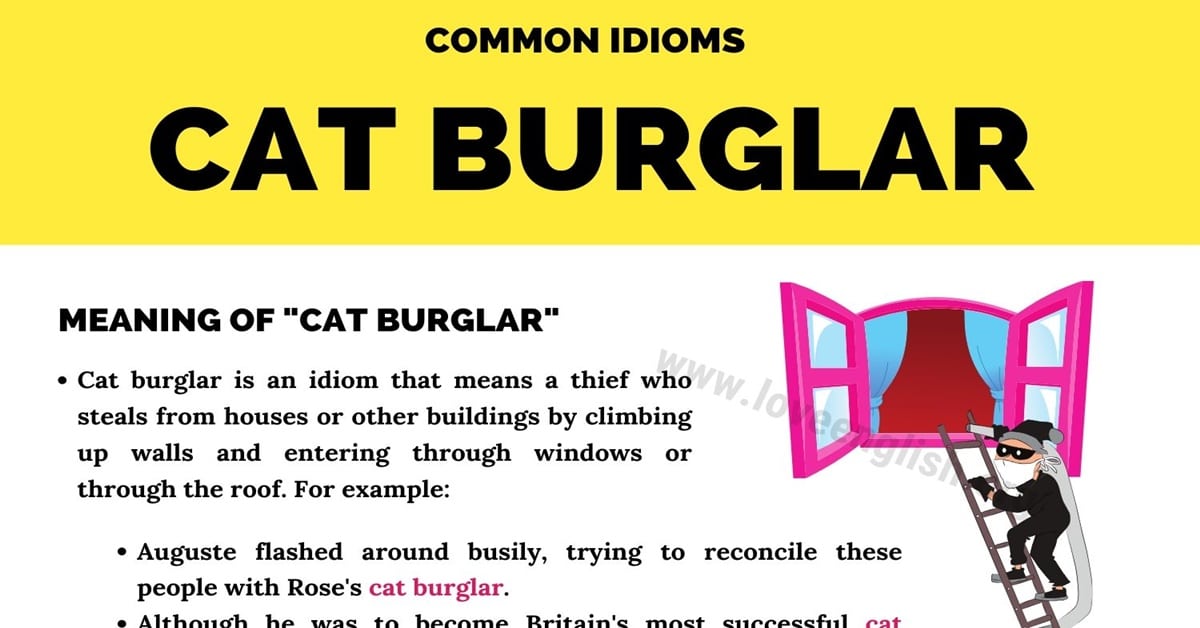 Cat Burglar!!! What is the definition of the interesting idiom “cat burglar”?

Cat burglar is an idiom that means a thief who steals from houses or other buildings by climbing up walls and entering through windows or through the roof. For example:

Useful Idioms with Cat with Meanings 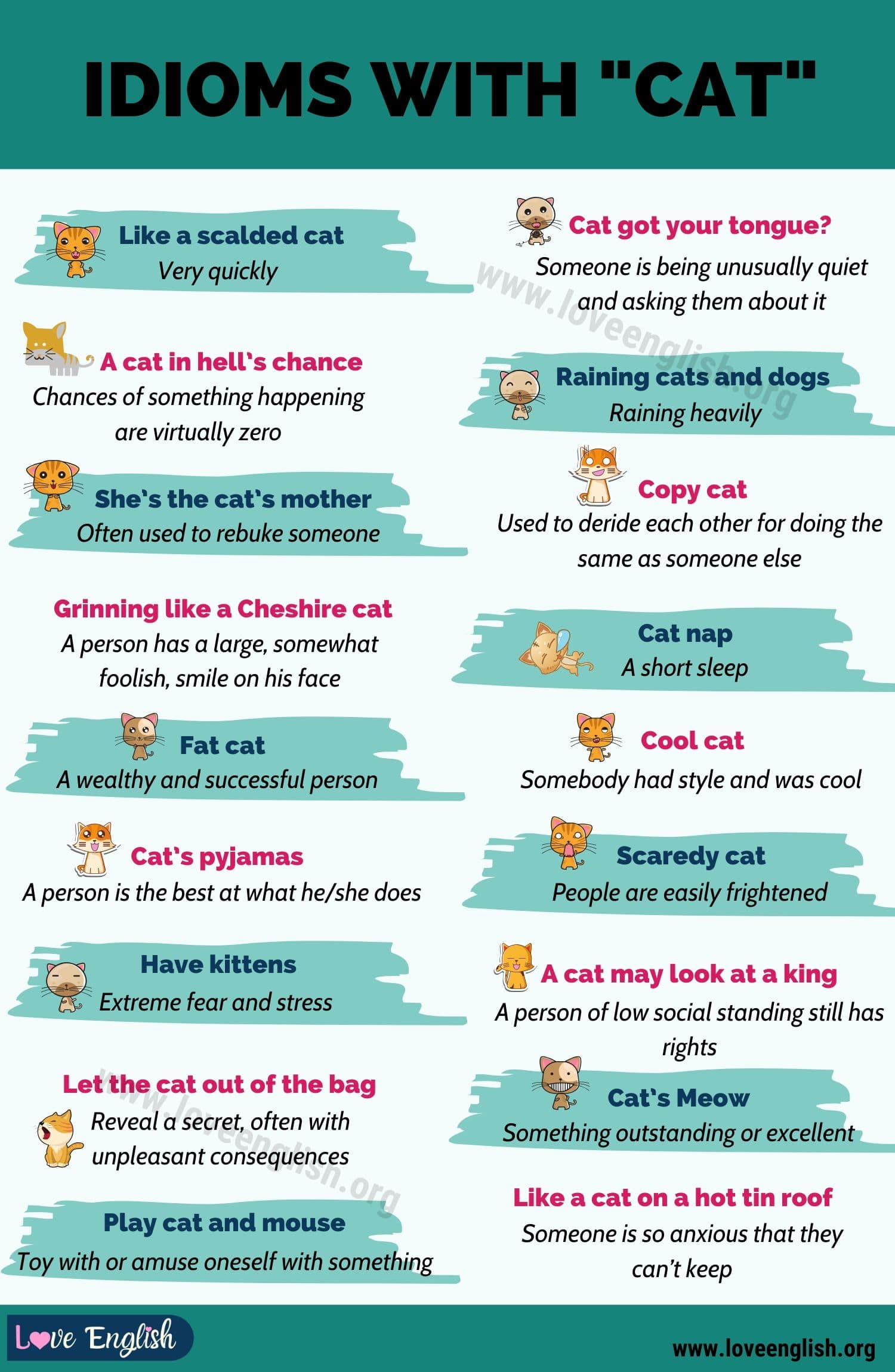 What Does “Cat Burglar” Mean Infographic 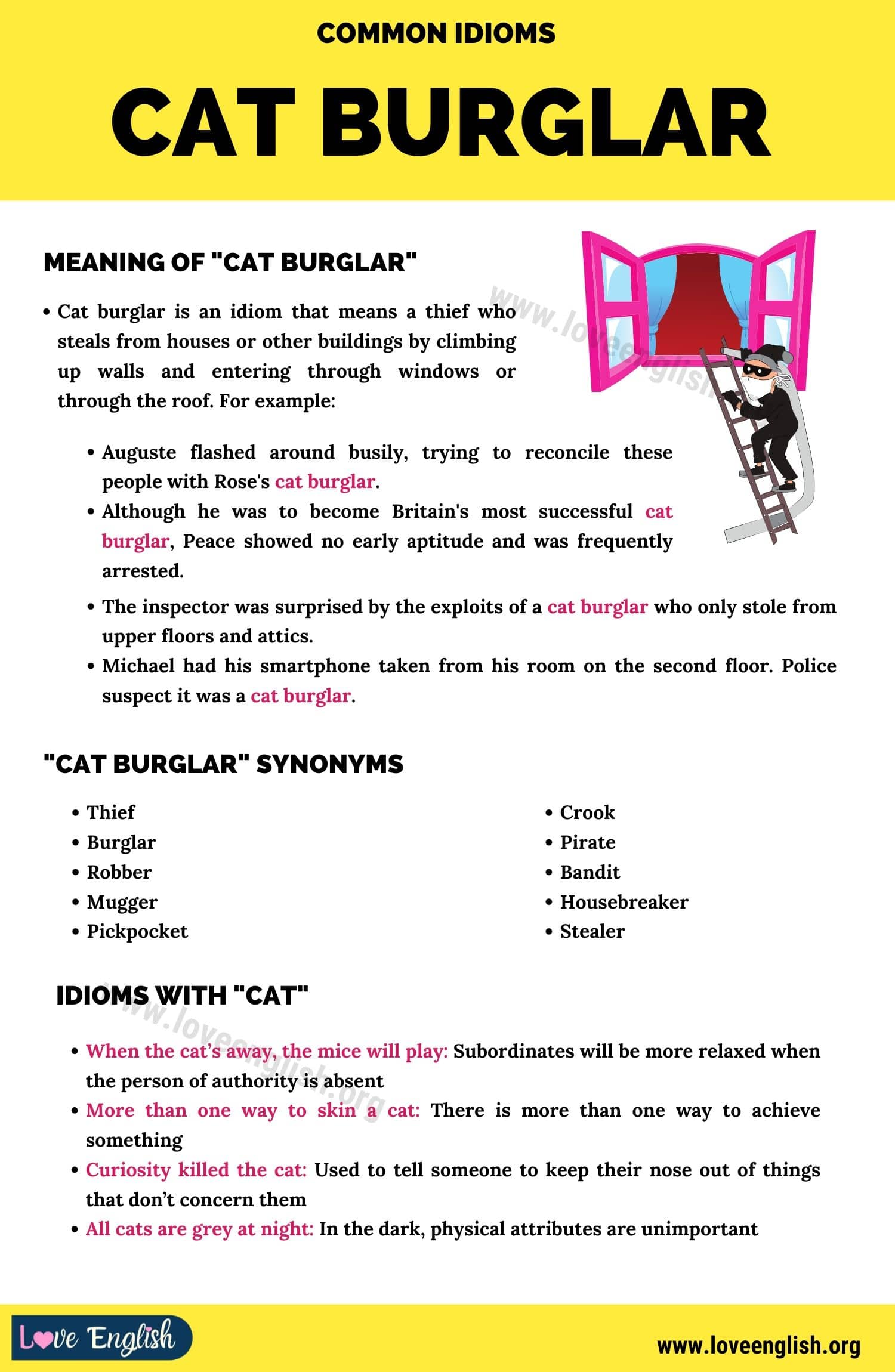