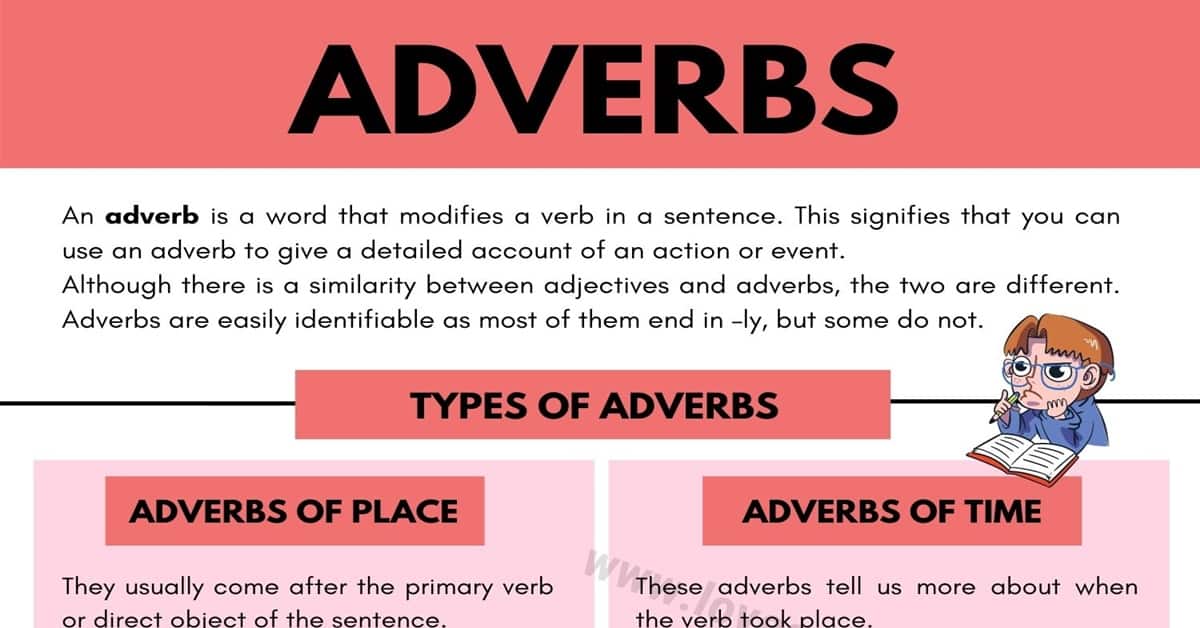 Adverbs are a fundamental part of the English language that makes writing pretty interesting. This set of words helps the author convey their ideas to their audience more precisely and detailedly. In addition, adverbs immensely improve your vocabulary while letting you recount what is transpiring around you.

Although there is a similarity between adjectives and adverbs, the two are different. To find out what an adverb is and what it does, keep reading the article.

What Is an Adverb?

Basically, an adverb is a word that modifies a verb in a sentence. This signifies that you can use an adverb to give a detailed account of an action or event.

Adverbs are easily identifiable as most of them end in –ly, but some do not. Therefore, you must familiarize yourself with the various types of adverbs, how and when to use them, and their usage rules.

By familiarizing yourself with these categories of adverbs, you will be well-placed to identify various parts of a sentence. With that said, let’s dive into each of the categories.

These adverbs elaborate further on where the verb happened. They usually come after the primary verb or direct object of the sentence. For example, here are the commonly used adverbs of place: nowhere, below, outside, here, above, into, out, there, out, etc.

These adverbs tell us more about when the verb took place. These types of verbs appear at the start or end of a sentence. Here are a few common adverbs of time: daily, monthly, annually, yesterday, yearly, tomorrow, recently, weekly, etc.

This kind of verbs describes the degree of the verb in the sentence. Simply put, they state how much or to what extent. They can be grouped into three levels: low degree, medium degree, and high degree. Adverbs of degree modify not only other verbs but also adjectives. Therefore, these adverbs precede the word they modify. Most commonly used verbs of degree are: simply, nearly, hardly, almost, so, enough, quite, just, too, etc.

These type of verbs details the frequency at which the verb occurs. So, they modify verbs in most cases. Some of the most commonly used verbs in this category include: usually, normally, always, sometimes, rarely, again, seldom, never, etc.

This category of adverbs explains how or the manner in which something was performed. In most cases, they modify verbs and usually appear at the end of a clause. This category encompasses the most used verbs, that is, ones that end in –ly. Here are some common adverbs of manner: neatly, quickly, beautifully, happily, patiently, softly, generously, etc.

Although adverbs make writing fascinating, they should not be overused in writing.

Below is the list of adverbs that we often see. 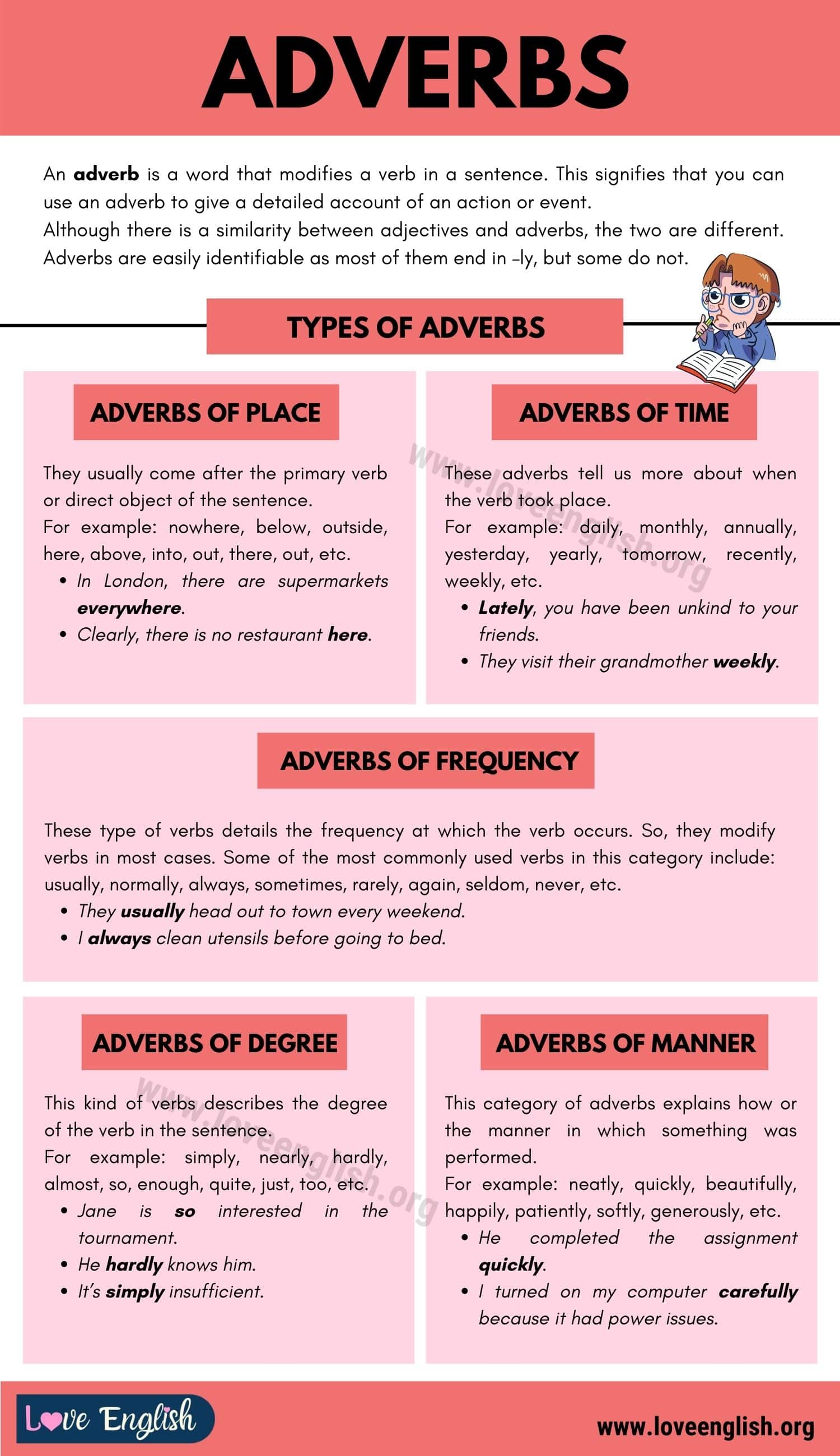 we request u to plese do not put addddds